Having moaned about the lack of improvised music in Edinburgh, along comes a gig that fits the bill completely: vocal improvisor Phil Minton and bassist Simon Fell, in duet and performing with a large local ensemble, EdImpro.

Both Minton and Fell have a long pedigree: I first saw Minton playing with Lol Coxhill in the late 1980s, and Fell is part of improvising trio Hession, Wilkinson and Fell. Together Minton and Feel created dune very interesting sounds. None of Minton’s vocalisations sound like words: he uses his voice as an instrument, producing a huge range of sounds, some humorous, some chilling; some guttural, some sweet.

Fell’s bass sometimes echoed Minton’s vocalisation, sometimes roamed the strings, and sometimes even swung, a walking bassline appearing seemingly at random. Together they made a lot of interesting sounds, playing a single, thirty minute piece. 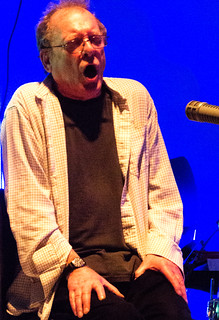 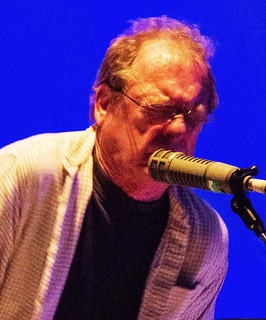 For the second set, Minton and Fell were joined by EdImpro, a large ensemble of reeds, percussion, guitar, violin, piano and a couple of guys on Macs. This time the electronic sounds were tuneful and added to the piece. There was some lovely playing – the two pianists working at a single piano made some lovely sounds, and the guitar and violin created texture.

There was a big sense of control; despite being a large group, there seemed to be little ensemble playing. Must of the musicians seemed not to be playing at any one time, perhaps necessary to avoid cacophony but then, for me, missing the main advantage of a larger ensemble. 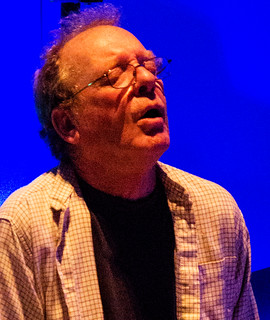 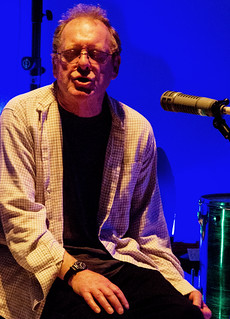 I saw the National Theatre’s production of War Horse a couple of weeks ago; it was a moving, haunting experience. And surprising, too: I would not have believed how quickly one could empathise with what are basically puppets. The operators got a standing ovation at the curtain call.
END_OF_DOCUMENT_TOKEN_TO_BE_REPLACED