I was very pleased when I learned that the Outhouse was hosting a new, weekly jazz night. Not only was it featuring some of my favourite local musicians in an informal setting, even better it’s just up the road from me. My own local jazz club.

“Playtime” is every Thursday evening, and I’ve been to each of the three sessions they’ve run so far. (I’m a bit pissed off that I’ll probably miss this week’s, but three out of four ain’t bad.) 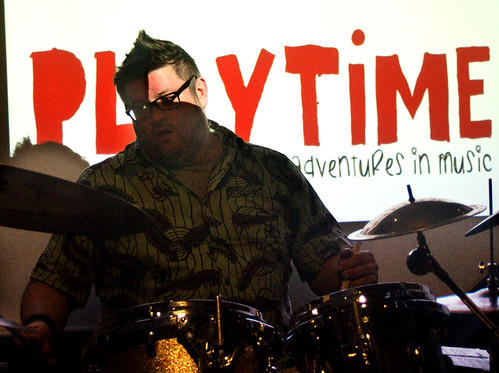 The venue first. The Outhouse is a bar in a mews off Broughton St; the music happens upstairs, in what is effectively a news loft. It doesn’t take many people for it to feel busy – but comfortably so rather than crowded. There are sofas to the side, candles on tables; it feels a bit like someone’s front room.

A front room with an avant garde jazz band.

“Playtime” is well named. The four musicians seem to be taking the opportunity to try some new things and play around with old ideas too. They’re all accomplished band leaders in their own rights. On the first two nights, Martin Kershaw’s saxophones were the lead voice, with Mario Caribe on bass, Tom Bancroft on drums and Graeme Stephen on guitar. I’ve seen them all play, many times – but never in this combination. 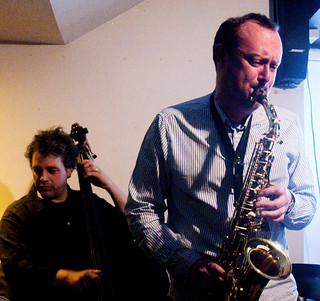 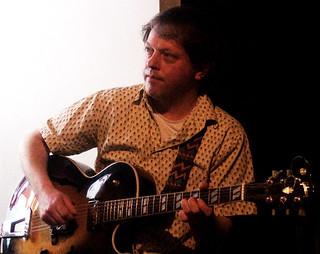 Each member of the band brought tunes to the table, and they ranged from free improvisation through quirky rhythms reminiscent of M-base to some standard swing style – all with a coherent sound. It was great to hear Mario Caribe – a strong, rhythmic player who really swings – playing more freely, but the real surprise for me was the texture brought by Graeme Stephen’s guitar: freed by the lack of a piano, he added a whole new dimension to the music. 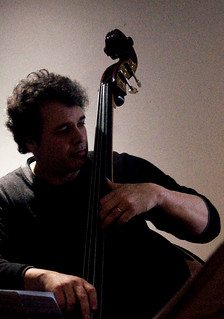 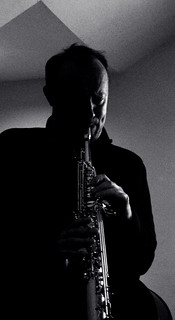 The third night – last Thursday – was a little different. A trio of Stephen, Caribe and Bancroft played Stephen’s score for the 1922 silent movie “Nosferatu”, the original vampire movie, the film playing on the wall being them. This was a very different experience, the music perhaps taking second place to the images on screen, but greatly adding to them too. Stephen’s soundtrack had elements of free music as well as more straight ahead sections: impressionistic music for an expressionistic masterpiece . Bancroft somehow timed his rolls and cymbal crashes perfectly to the action, and the trio really enhanced the melodramatic mood of horror.

I really hope they keep “Playtime” running – having a regular gig in this part of town is a godsend. Stephen said on Thursday that they were planning more silent movies-with-jazz, so presumably they’ve got the next few dates scheduled. 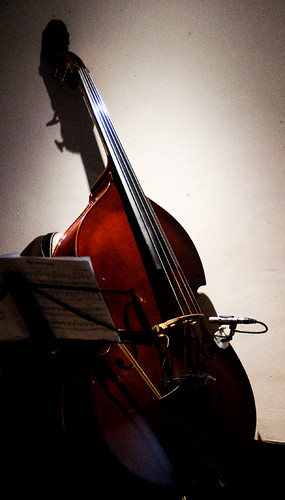