It wasn’t cinema (though I was watching in a cinema), it wasn’t theatre (though it was filmed in a theatre).

The acting was superb. Peake was amazing – as were all the cast, actually.

It looked amazing – superb staging, and excellently captured on film. The way the set worked, and the lighting transformed the stage, was amazing.

It was way too long. I have long though Shakespeare needed an editor, and that was emphasised today – the first “half” came in at over two hours, the second at over an hour.

The strange way that Shakespearian language works by osmosis – if you stop and ask “what was just said?”, you can’t answer, but you know the meaning, if not the words – was the same as in the theatre.

I have not been to any stage production in the cinema before, and I’m not sure if it wholly works. Theatre demands more attention than cinema; cinema works in a different way. One’s “willing suspension of disbelief” is far greater in the theatre, and it took longer for that magic to work, watching the theatre in a cinema.

Peake was totally convincing as Hamlet. The rest of the cast were switched in terms of gender, too, and that was fine – completely irrelevant. Race too. It didn’t matter – the acting made it completely believable.

All in all, a very good way of watching a performance I would otherwise not be able to see. But neither theatre nor cinema – instead a kind of bastard hybrid, that works to the strength of neither medium.

And Maxine Peake is wonderful, and inhabited the role of Hamlet totally.

February and March have been quite busy for music. As well as the usual gigs around Edinburgh, Jazz Scotland have been running a series of tours, which continues this week.

The two Jazz Scotland gigs I enjoyed a lot; the two others less so. I don’t expect to enjoy everything, and I think it is healthy to test new ground, going to hear new bands. Sometimes this pays dividends; sometimes it leads to disappointment.

The first jazz gig I went in February was one of the latter. I have seen Kit Downes many times, mostly playing in an acoustic setting, but a couple of times playing organ in the Golden Age of Steam. So I was looking forward to seeing Troyka, in which he plays electric keyboards, with Joshua Blackmore on drums and Chris Montague on guitar.

I’m afraid I hated it. The music did nothing for me at all: I found it soulless and mechanical, a world away from Downes acoustic piano playing. I left early, having given it a fair go. I must say I was definitely in the minority: everyone else in the packed out gig at the Voodoo Rooms seemed to love it. I was clearly missing something, but I wasn’t going to hand around to find out what it was.

The first gig I went to of the Jazz Scotland season featured Ravi Coltrane, with Konrad Wiszniewski/Euan Stevenson Quartet in support, in the somewhat plush and sold out setting of the Royal Lyceum Theatre. The Wiszniewski/Stevenson Quartet were great, playing some things from their New Focus album of a couple of years back plus some other pieces. They had Mike Janisch on bass, who was on Wiszniewski’s last album, and Alyn Cosker on drums. There was a gentle subtlety to the music. Stevenson is an impressive pianist. The whole thing just worked for me, albeit that we had to make do with a short support set.

I wasn’t familiar with Coltrane’s music, perhaps having been negatively influenced by his family connections – and coming on after Wiszniewski-Stevenson meant Ravi Coltrane’s quartet had their work cut out: I didn’t initially warm to it. But about half way through their set, something clicked. They were excellent. Coltrane evoked comparisons with Wayne Shorter and Branford Marsalis rather than his father John, though both Shorter and Marsalis came out of John Coltrane’s influence. Rather than Coltrane senior’s stream of consciousness saxophone playing, Ravi seemed to employ a more impressionistic, almost abstract approach. Pianist David Virelles was suitably intense, and Jonathon Blake – who is a large man – played with remarkable grace and subtlety, and impressive speed. This was a reminder that there is always great music out there to be discovered, and I’m annoyed at myself for not giving Coltrane the attention I should previously.

The following week, Edinburgh was graced by a near-local boy done good when Fife expat reedsman Joe Temperley paid a brief visit. He was accompanied by the ever impressive Brian Kellock on piano. This was just sublime. Playing mainly baritone and (I think) bass clarinet, Temperley was masterful, and Kellock – a national treasure, frankly, was great too. It was pretty mainstream repertoire – a lot of Ellington, including a heartbreaking version of Single Petal of a Rose (one of my favorite Ellington tunes), as well as a couple of Thelonious Monk numbers, Tal Farlow’s Good Bait and some other standards. It felt like a very intimate gig – just the two of them, and a load of us. It was magical.

The next night I went to see GoGo Penguin. I normally try to avoid going to gigs on consecutive nights, preferring to spread them out, but I had heard good things of this trio and didn’t want to miss them. There were playing in a night club – what used to be called a disco – and it was absolutely packed, an hour before the show. The audience was very different from a typical Edinburgh jazz crowd – perhaps due to their presence on the Mercury short list, perhaps because they’ve got a good publicist (I saw very little publicity for the gig – but I’m not sure I’m the target audience), perhaps because there is something about their music which had grabbed their audience’s attention – whatever, they have crossed over in a significant way.

For the first three numbers, the sound was truly awful. There was bass feedback which masked the music, the bass drum was so loud that it vibrated my internal organs and I couldn’t hear the piano. The effect made me nauseous. As I moved to leave, I walked past the sound desk; I considered throwing up over it – it couldn’t have made the sound worse. But by the time I got to the back of the club, either sound had been tweaked or the mass of people between me and the band were providing an adequate baffle. It was still loud, but bearable, and not nauseating. I could hear the piano and the rest of the drums.

Overall, I felt it was impressive but unengaging. I certainly wasn’t grabbed by the music. (Again, I am happy to admit I was clearly in the minority. Everyone else seemed ecstatic.) Revolving around repeated piano lines with throbbing acoustic bass and double-speed drumming, it felt a bit like Neil Cowley Trio on steroids without the emotional heft and with added drum-and-bass. I felt like I ought to love it – there was a lot there which I might have expected to – but just couldn’t.

(I picked up a copy of their album as I left the gig, because I really did want to give them a chance. The band seemed a little nonplussed that I didn’t want them to sign it. I have played it a few times, but I remain ungrabbed by it. It seems too intellectual, cold and unemotional to me. I may cube back to it and see I’ve been wrong, but I’m not sure about that.)

I haven’t really reviewed CDs on this blog, sticking largely to live events and their photographs, but I have been doing occasional reviews of new releases on LondonJazz blog, and I must have found my way onto the mailing list at Edition Records, because, unexpectedly and unrequested, they sent me a copy of  Pohjola’s CD, Bullhorn.

Which was very kind of them.

And knowing absolutely nothing about Pohjola – I’d never even heard of him – I gave it a play. I’m a bit worried that Edition Records’ PR person has hacked my iPod or something, because I like it a lot. I mean, I like it an awful lot. It is frankly right up my street, and it’s worrying that had it not been for their foresight I might have missed it entirely.

For those as ignorant as me, Pohjola is a Finnish trumpet player, and this is his third record. Consisting mostly of a quartet of trumpet, piano, bass and drums, they are joined on several tracks by tenor saxophone. Whilst the liner notes state that the music steer[s] clear of any hackneyed notion of ‘Nordic’ jazz there is a very north European feel to the CD: I kept being reminded of Guy Barker’s contribution to Tommy Smith’s mid 1990s recordings and Colin Steele’s releases.

But there is also a certain simplicity about the music. It seems stripped back – there is a lot of space, Pohjola’s trumpet often backed by simple rhythmic patterns on drums and bass. There aren’t any post-bop histrionics – lots of great playing, but the tunes are uncluttered.

The occasional addition of tenor saxophone changes the tone slightly and adds more depth, and the closing number, aptly named The End Is Nigh, has tenor, trombone and cello in an evocative, simple arrangement to reinforce the sound.

So this CD was surprising. I was surprised to receive it, surprised by the music – and surprised how quickly it worked its way into my favourite records.

(Anyone else who wants to send me a CD, please feel free. But I can’t promise to like it!) 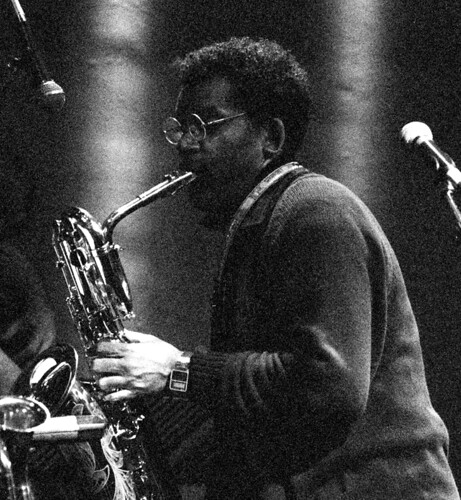 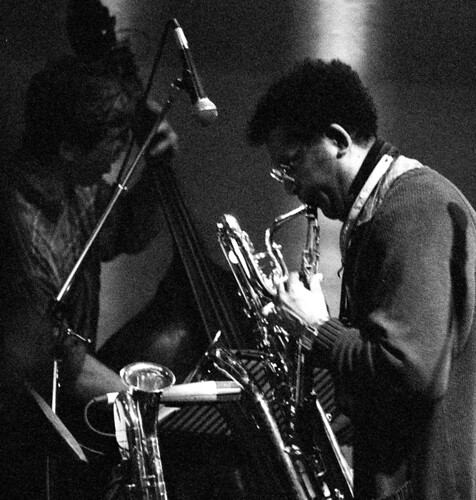 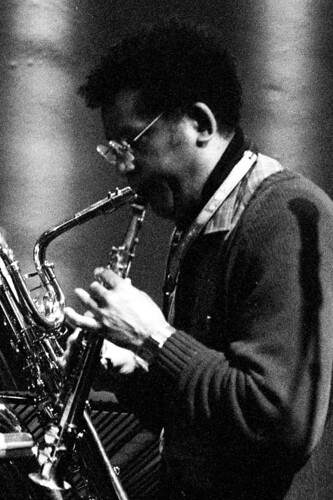 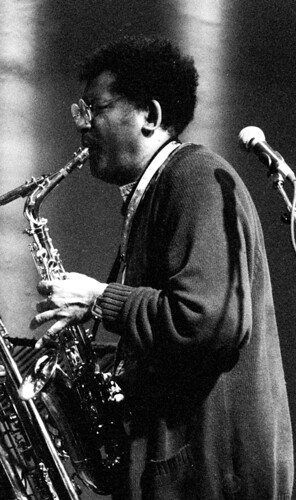 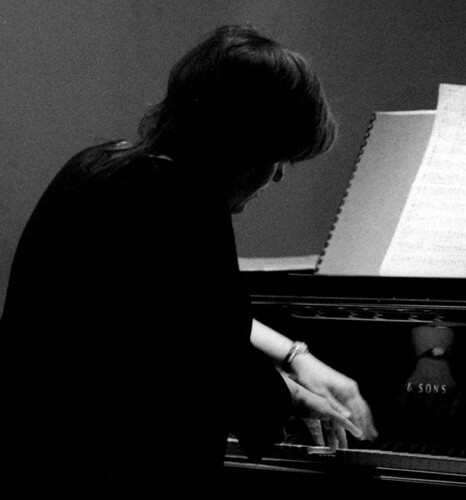 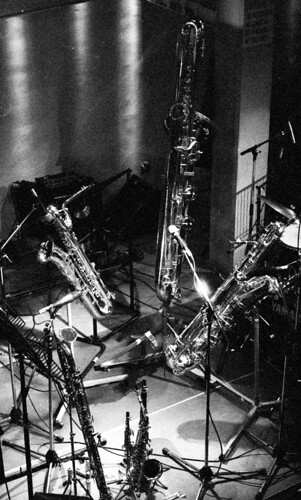 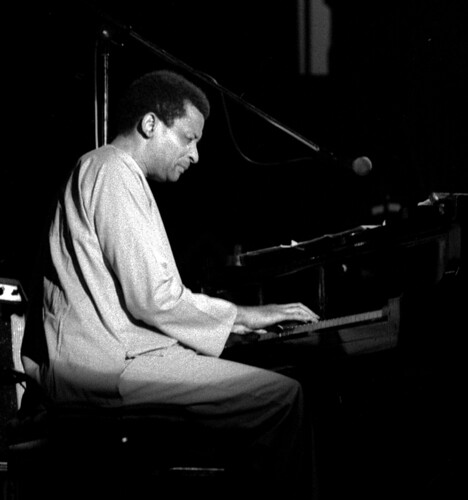 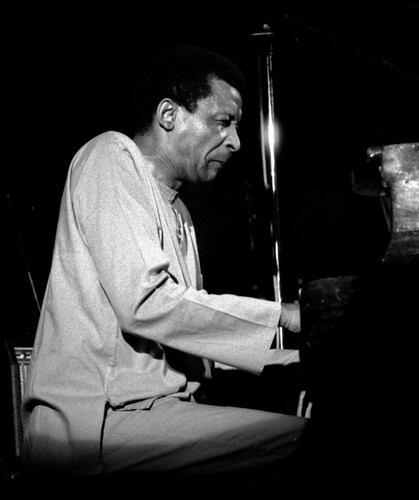 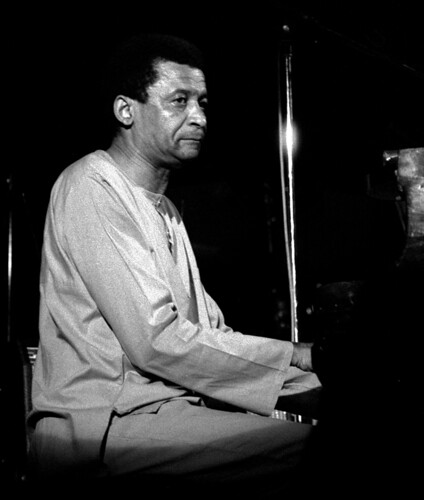 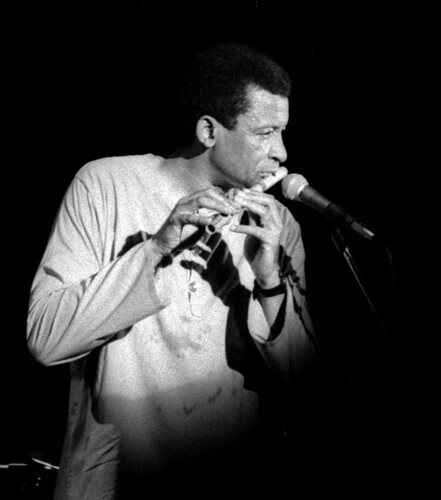 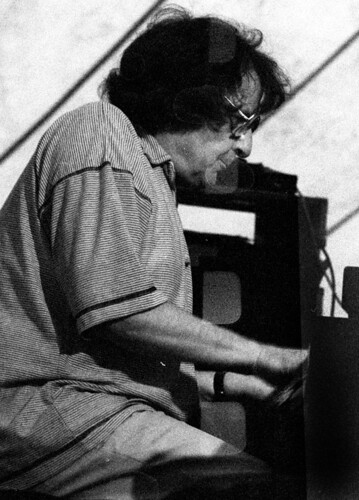 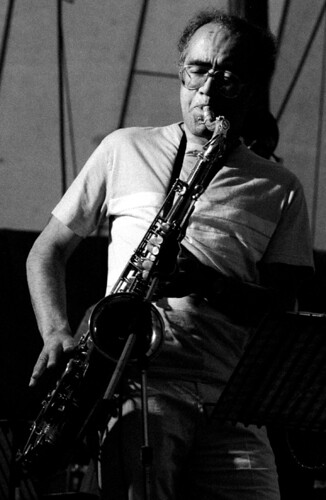 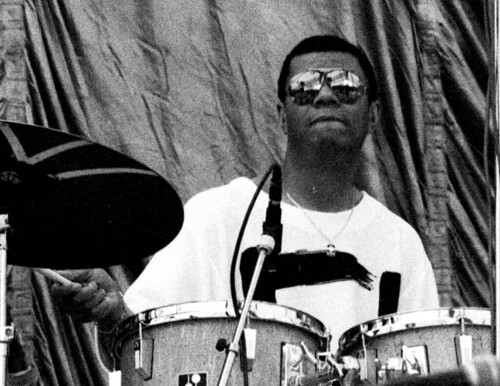 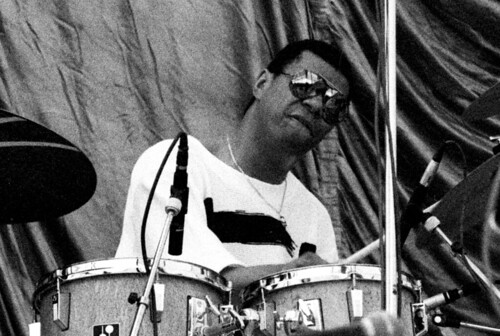 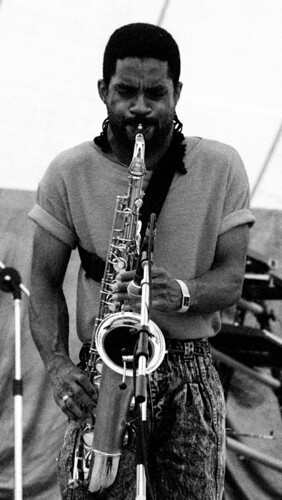 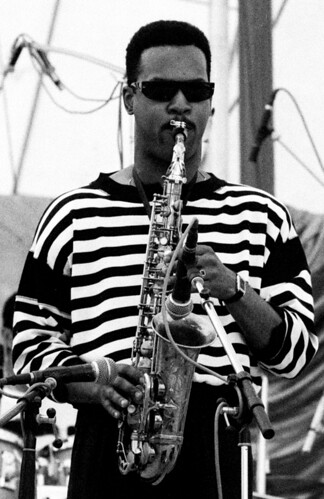 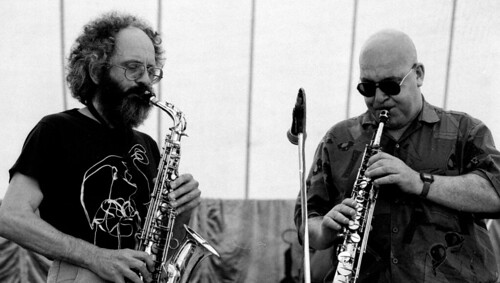 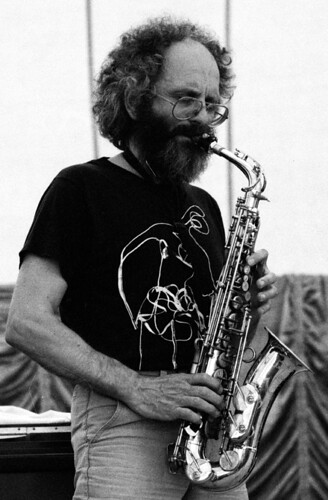 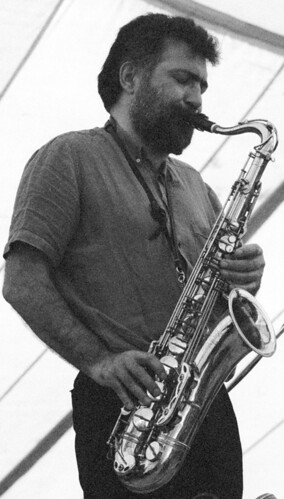 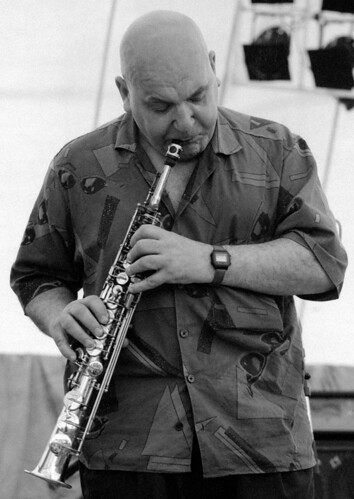 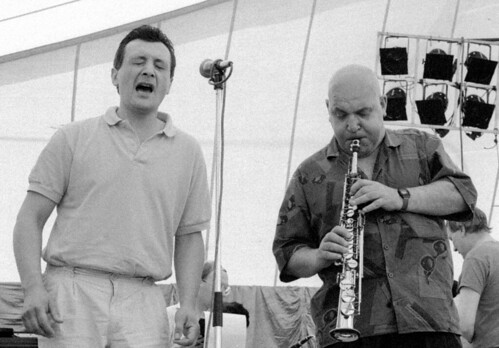 I have seen the SNJO play many times since they started twenty years ago. I like what they do. And I love the music of Billy Strayhorn. So they would have tried very, very hard for me not to enjoy this gig.

Fortunately, that didn’t happen. Though they did work hard, it was a joy. Working from Strayhorn’s original charts – and including many recently found tunes and scraps of tunes – and covering the whole of Strayhorn’s career to celebrate the centenary of his birth, this was the SNJO in repertory mode.

They started with “Take the A Train”, the first of Strayhorn’s charts for Duke Ellington, a more restrained performance than their concert of Ellington numbers a while ago, and over the course of two long (but two short!) sets took us through to Strayhorn’s last composition, “Blood Count”, written when he was having treatment for leukaemia (and recorded after his death on Ellington’s memorial to Strayhorn, “…And His Mother Called Him Bill”). “Blood Count” was beautifully elegaic.

The playing was subtle and refined, the charts leaving little space for extravagant histrionic solos. At times it seemed like the band were channelling the greats from Ellington’s bands: altoist Paul Towndrow had Johnny Hodges’ tone down to a tee, trumpeter Tom McNiven stretching for Cat Anderson’s high notes and, had I been listening with my eyes closed, I would have sworn the clarinet was coming from Jimmy Hamilton rather than Martin Kershaw.

With Kershaw leading on clarinet he had to double on tenor, and the second alto was filled unusually by Konrad Wiszniewski, leaving Tommy Smith as the only lead tenor player. He naturally filled that role perfectly, with beautiful solos on “Isfahan” (played as a duet with Brian Kellock on piano) and “Lush Life”.

SNJO have got a busy year ahead as they celebrate their twentieth anniversary. with Kurt Elling singing Sinatra in May, a June tour of the Highlands & Island with Eddi Reader (I have half a mind to catch them in Ullapool…) and autumn tours featuring firstly the music of Benny Golson and secondly Glenn Miller. I wonder if they do requests?