The best rock gig since maybe the last time I saw the Waterboys. Though actually I think the last gig I went to WAS the Waterboys…

This time they were playing in Princes St Gardens, and it was very much a homecoming gig for Mike Scott and this trans-Atlantic version of the band: only violinist Steve Wickham remains from the classic line ups, with Ralph Salmins on drums, who played the last tour, with from various points in the US, Dave Hood on bass, Brother Paul on a very bluesy organ, and Zach Ernst on guitar.

They played exactly what you would expect, starting with A Girl Called Johnnie and moving through much of Fisherman’s Blues and This Is The Sea, with several newer things, and closing with an amazing encore of a long version of Purple Rain and closing with, of course, The Whole Of The Moon.

Halfway through The Whole Of The Moon, the Tattoo fireworks went off, not quite to the beat but pretty close. And leaving, we could see the full moon appearing from behind the castle.

It was all fab. Just a wonderful evening. 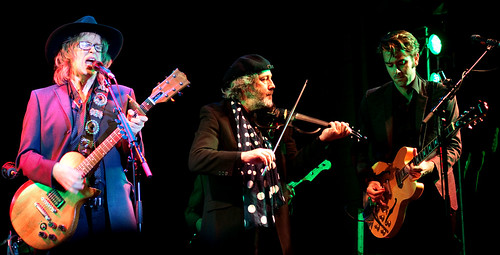 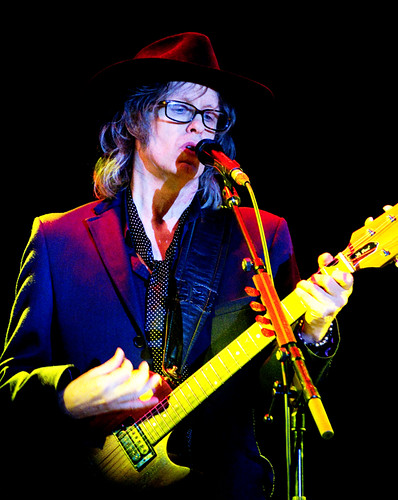 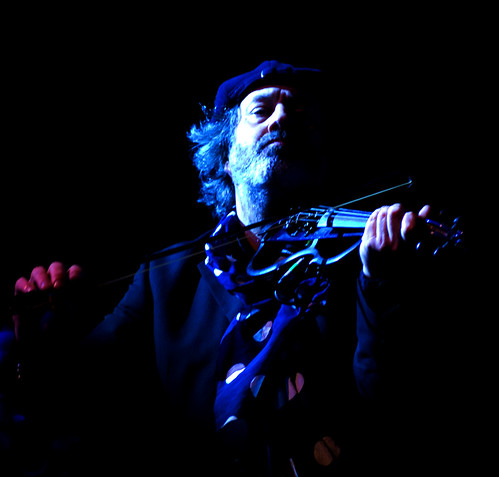 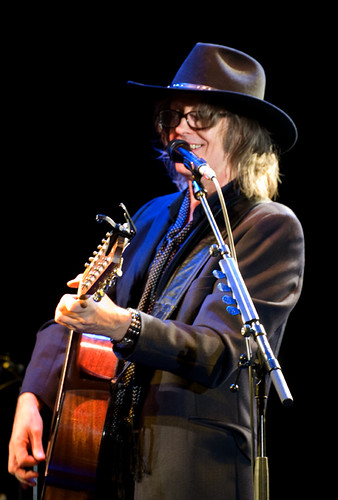 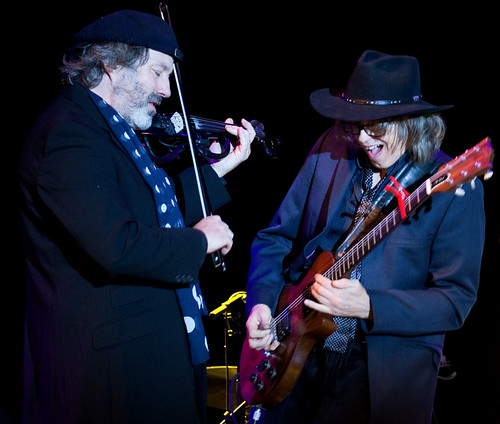 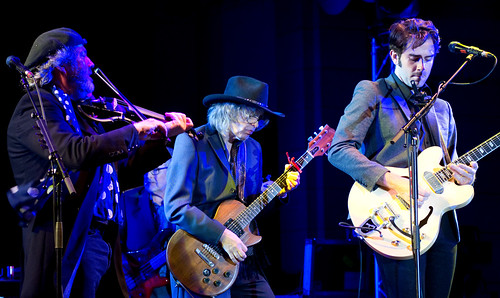 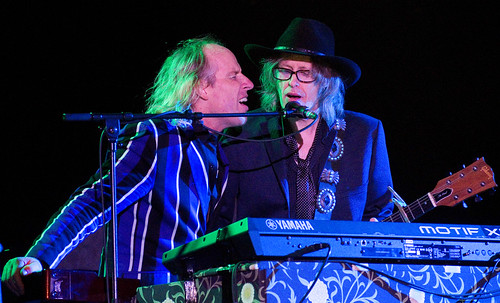 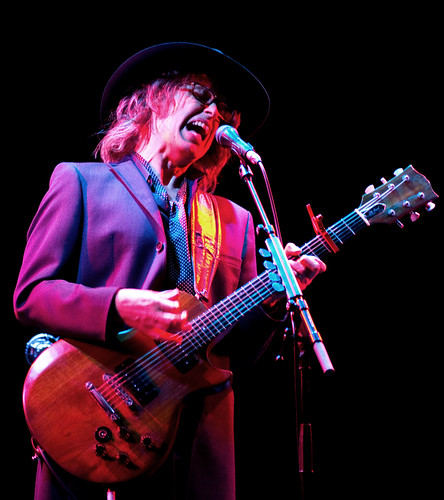 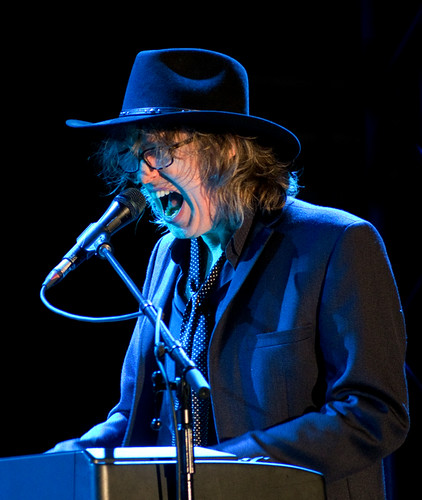 Nearly a month has passed since the Edinburgh Jazz Festival, so I thought I’d gather my thoughts about some of the gigs I went to.

The big ticket for the festival was Antonio Sanchez’ Migration. They’d had a crap day, their luggage was lost by the airline, and they seemed to be beset by technical problems. But their playing was beautiful. Sanchez drumming was superlative, just wonderful, and I really liked John Escreet’s piano playing. I don’t get Seamus Blake playing an ewi (and his frantic activity when his Mac decided to run out of power proved very distracting), but his tenor playing was great. But the music didn’t hang together for me: they seemed less than the sum of the parts. They played the Meridian suite straight through, and it was quite intense: the frequent rhythm and time changes made it hard work to listen to. It seemed like a prog rock suite to me, more intellectual than emotional.

I decided to see Ambrose Akinmusire Quartet and Enrico Zanisi Trio at the last minute. Indeed I was late, since I mistook the Spiegel Tent in George Sq for the Spiegel Tent in St Andrew Sq. Two Spiegel Tents! Who knew? Well, everyone else who got there on time, obviously. LondonJazz had tweeted an ecstatic review of a London gig by Akinmusire, and I reckoned that if international musicians were going to visit Edinburgh, they deserve an audience. Actually, it was a packed house, and I was lucky to get a seat. Enrico Zanisi Trio played a good though not exceptional set. (Zanisi is playing a couple of solo gigs in more intimate settings in Islay next month.) Ambrose Akinmusire Quartet were superb. I had no expectations, but was really impressed. Akinmusire has a very clean, crisp sound, and kept away from histrionic solos: it’s like he knows how good he is and doesn’t need to show off. His playing left lots of space, lots of powerful, long notes. Drummer Justin Brown was amazing. 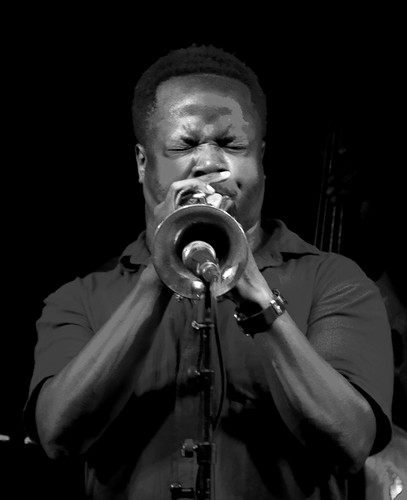 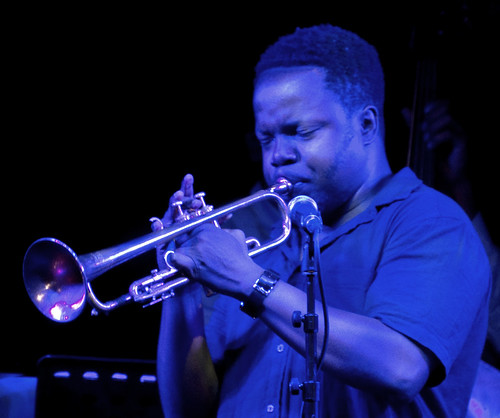 Trio Red – in this incarnation, Tom Bancroft on drums and Tom Cawley on piano, with Furio di Castri on bass – were joined by writer David Grieg, who improvised stories as the band improvised music. The trio played a couple of numbers without Greig, and they were superb. Bassist di Castri played beautifully, a revelation since I’d not come across him before. (I was told that this was his Scottish debut.) Cawley and Bancroft work really well together, and the three of them made some excellent, incentive music. The intervention of Greig left me in two minds. I loved what he created – humorous, fascinating stories. But I found it distracted from the music: it was hard not to watch the screen on which his words appeared. Still, Trio Red were great, Greig’s words were fun and adventurous, di Castri was phenomenal, and full marks for experimenting.

Thelonious, a project started by Calum Gourlay to play every tune by Thelonious Monk, played a sell out show in the JazzBar. This was the fourth gig I’d seen Gourlay play in five weeks (with the SNJO, his duet gig in Glasgow, and a big band Ellington set earlier in EJF being the others), which probably qualifies me for stalker status. But he is very good (and I can’t recommend his solo CD highly enough). In Thelonious he is joined by Martin Speake on alto, David Dyson on drums and Hans Koller on… euphonium! Another piano-less Monk tribute. Given the instrumentation, I was surprised quite how straight the arrangements were. There was no messing around or weird interpretation, this was pure Monk. And it was very good indeed. They played a mixture of Monk’s standards such as Epistrophe, Criss Cross, Misterioso and Brilliant Corners, with less well known tunes. It was fascinating to hear a whole show of Monk’s sometimes jagged, angular tunes instead of just the occasional number dropped into a set. It emphasised how much of an influence he still is – the music sounded fresh, very now, and simultaneously wacky and normal. Gourlay said they’re recording a CD, and I look forward to it. I’m not sure you can have too much Monk. 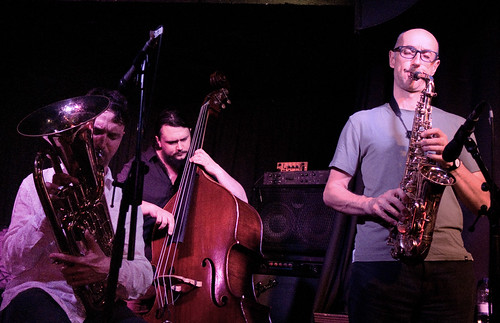 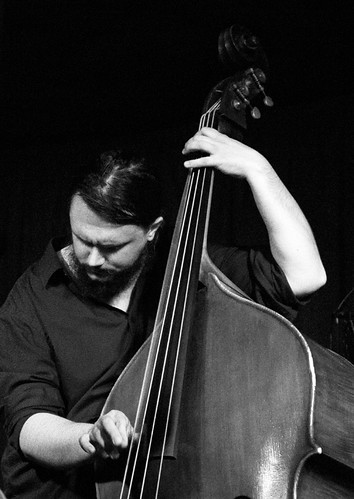 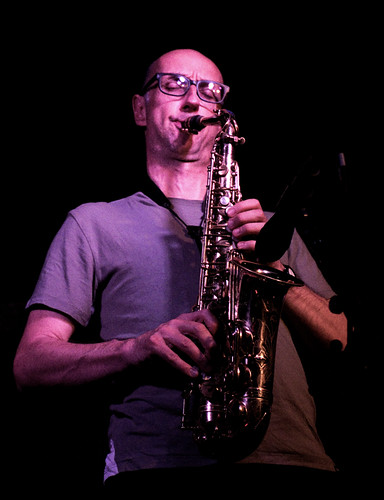 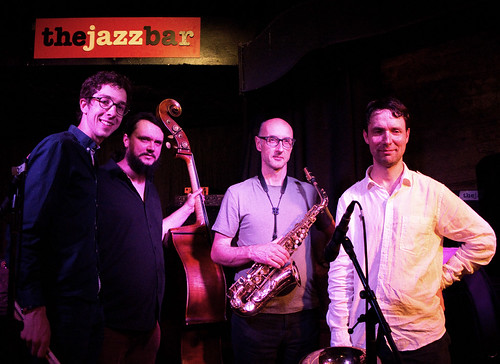 There was plenty of piano with the Dave Milligan Trio. It is great to see Milligan gigging again, and I hope we get to seed more of him: he is a marvellous, gentle, understated pianist, and it feels like he’s a bit of a private secret. Well not too private, because this was another sell out show. With Tom Bancroft on drums and Brodie Jarvie on bass, they played new tunes, a couple from Milligan’s CDs and some standards, including a thoughtful dedication to the late John Taylor. Just a lovely gig.