I didn’t have high expectations of this gig. I saw Mike Stern with Bill Evans a couple of years ago, a very enjoyable gig, but I couldn’t imagine how his electric-jazz would translate to a big band. I mean, I thought it’d be fun, but nothing special.

So much for my lack of imagination. Because this gig was very special indeed – just amazing. If I see a better show this year, I will feel myself very lucky indeed.

The band sounded just brilliant. No surprise there. But they worked perfectly with Stern’s electric guitar. Drummer Alyn Cosker was given free rein – I think he’s better jazz-rock than swing drummer (though he didn’t have as much freedom as during the SNJO’s outing of Coltrane material). Bassist Calum Gourlay played electric bass as fluently as he does his acoustic. 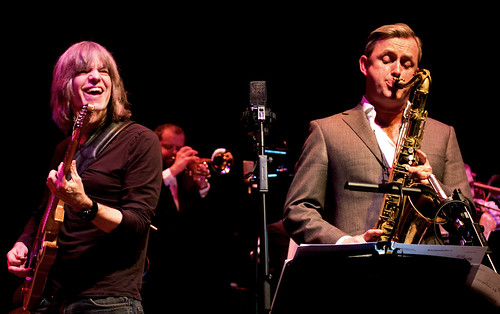 The soloists stretched out, but it was the band as a whole that sounded so good. I think a lot of that must be down to the arrangers, too – Geoff Keezer and Florian Ross are regular contributors, but I think there were some new names among the arrangers, as well. Either way, they turned Stern’s tunes into highly crafted big band pieces, showing off the SNJO at its best. 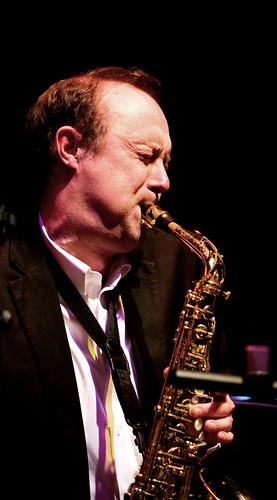 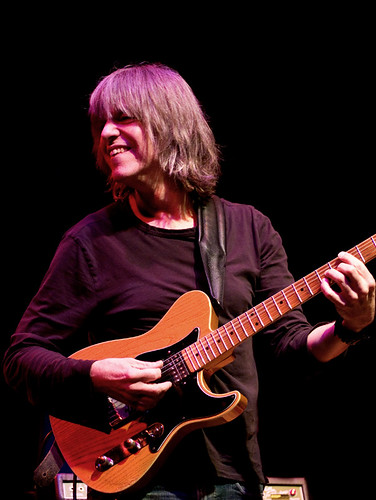 And Stern sounded brilliant, too. He appeared to have a deep respect for the band, a huge understanding, never overshadowing them. He spent most of the evening with a joyous smile on his face.

But perhaps the best moments were the three or four duets he played – short pieces, just Stern and another soloist. They were just magical. 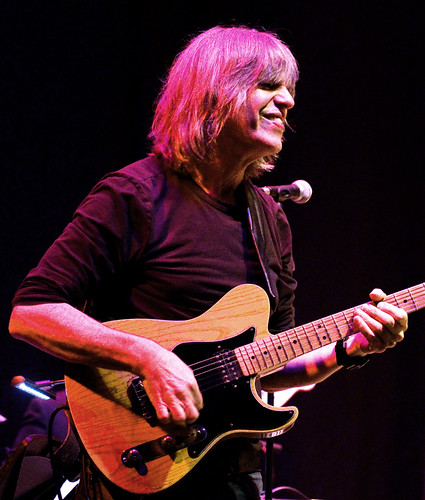 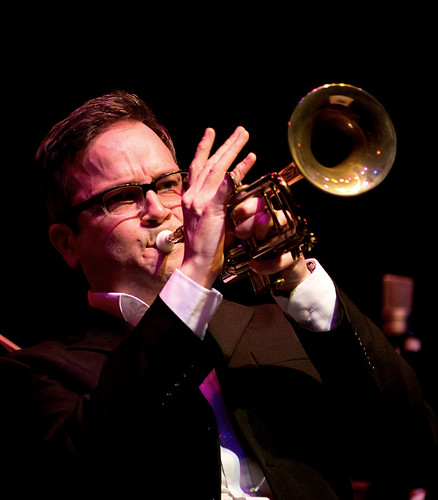 Aside from Marcus Miller’s Splatch, which features Stern on the SNJO album “American Adventure”, I have no idea what tracks were played. I mean, I could copy the list from the programme, but not knowing the music I couldn’t say which is which. Neither Stern nor Tommy Smith said anything between the tunes, as if they didn’t want to waste time talking when they could be playing. One tune flowed into another, Stern playing throughout, as happy accompanying as soloing. 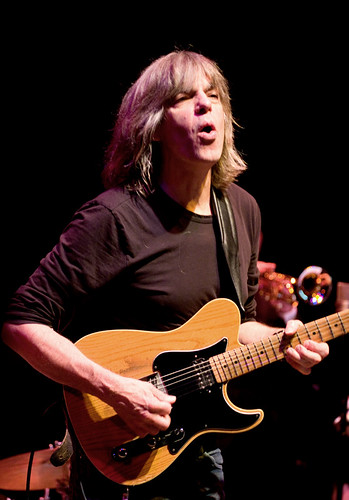 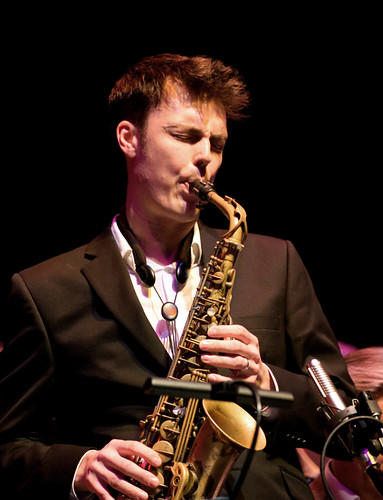 As he left the stage at the end of the second set, Stern exclaimed “well, that was fun!” Yes, Mike, it was. It was very fun indeed! 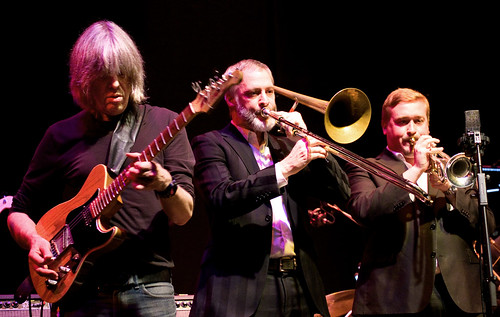 Orphy Robinson runs a monthly improvisation night at the Vortex, “Freedom”, at which he invites musicians to participate and plays open house. Any musician seems welcome to perform, and Orphy arranges short 15 minute sets. Not only is the music improvised, but there’s no certainty that the musicians have played together before – or even know each other.

I happened to be in London for this week’s show. I’d wanted to go for a while, but living four hundred miles away can get in the way of going to London gigs.

The nature of the event means the quality of the music can be variable: you don’t know who will turn up, or what their skill will be. But that makes it interesting, too: alchemy might happen. And it did. 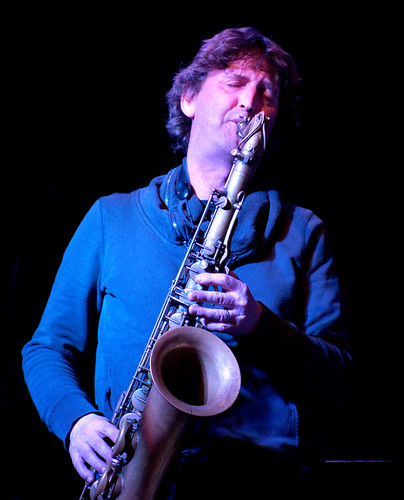 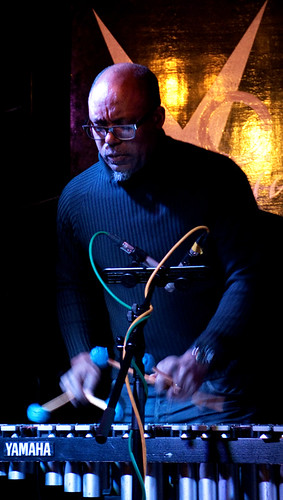 There were several “sets” – seven or eight. The first piece had Orphy on vibes with tenor player Ed Jones – who I’d not seen play for ages – together with a drummer (Alex?) who had been working behind the bar up to that point. (They’re a talented bunch at the Vortex.) It set the tone for the evening – the trio produced some excellent, impassioned music, and it was great to hear musicians being so creative. 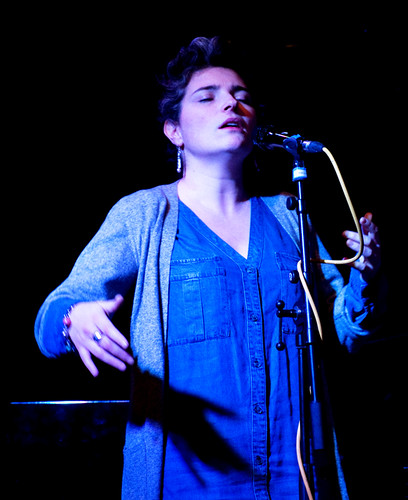 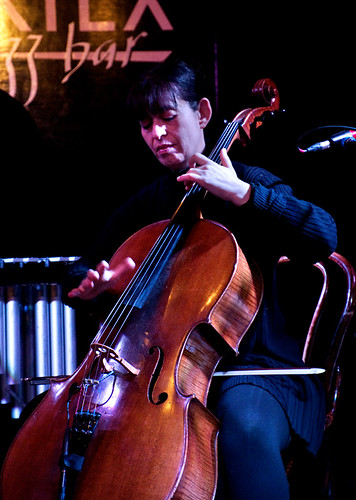 Not all the contributions were quite so impressive: that’s the nature of a show like this. Not knowing who or what was coming there were several players I’d really like to see again. The second piece featured Marta Capone’s highly expressive wordless vocals and Kate Shortt on cello, both inventive and entertaining. A pianist introduced only as “Victor” sounded pretty good, too.

They closed with everyone back on the stage. Ed Jones had moved on by then, which was a pity – I’d have liked to hear more of him. Another saxophonist, whose name I didn’t catch, played soprano through a variety of pedals, whilst Orphy played piano and Victor, vibes. Kate, Alex, a trumpeter, a guitarist and three vocalists crammed onto the small stage. I think the smaller ensembles worked better, but it was all pretty interesting – and great fun. As Orphy said as he left the stage, “That’s freedom”! 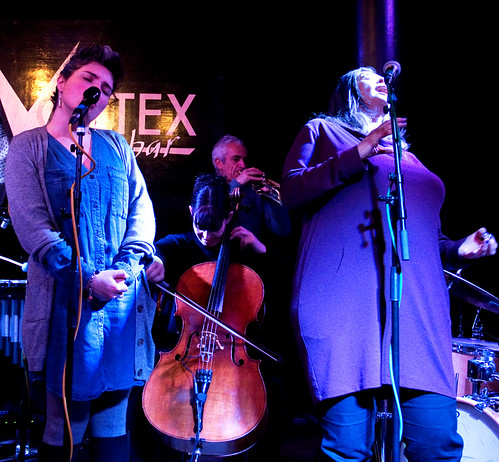 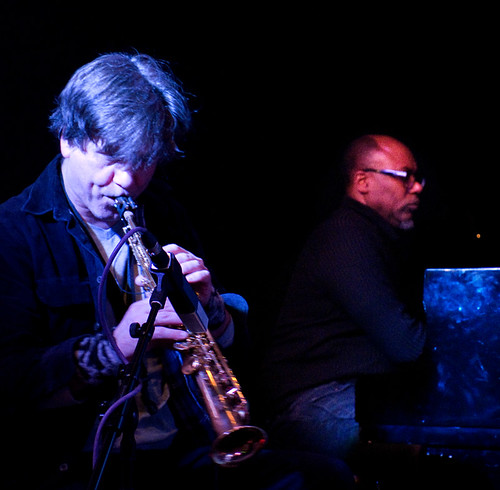