The Playtime quartet dedicated one of their bi-monthly gigs to the music of Duke Ellington, and it was a pleasure, as I’d expected. Some tunes they played straight, but others were warped and twisted beyond recognition.

They opened with C Jam Blues, which I didn’t realise until the closing notes. But they swung their hearts out, taking it very fast. They then played a tune I didn’t think I knew, Warm Valley, but a quick search on my iPod shows that I have five different versions of it! One if the problems of such a prolific artist as Ellington or maybe I have more music than I can listen to!).

An excellent, straight forward version of Caravan followed, and a similarly straight Sophisticated Lady. They closed the first set with a radical dissection of It Don’t Mean A Thing. Slowed down, they took this in all sorts of directions, with a really different, almost abstract interpretation. This was creative and imaginative. To my ears it sounded like Mingus (who played with Ellington, both in the orchestra and in small groups, and who was greatly influenced by him), maybe bits of Mingus At Antibes (Prayer for Passive Resistance, I think). It was the first number of the evening which didn’t swing!

They did the opposite to Come Sunday in the second half. The original is a slow, sometimes lugubrious piece: it is hard to give it the life it deserves. Whilst keeping the tempo of main melody, the drums and bass played double, maybe triple, time, turning it into a fast, almost bebop tune – as if Bird had played it. It must have been very hard to execute, especially for saxophonist Martin Kershaw. I’m not entirely sure it worked, but at least they didn’t drag!

They also played In A Mellow Tone, Weary Blues (not strictly Ellington, but he and Johnny Hodges played it on the album Back to Back), and In A Sentimental Mood. All were just what one would have wanted.

They closed with Take The A Train, Billy Strayhorn’s theme for the orchestra. Tom Bancroft worked up a real shuffle on the drums, imitating a speeding locomotive. A great finish to a very enjoyable gig. But they only played ten numbers; I hope they’ll have to delve back into Ellington’s rich portfolio for another night or four!

The following week, saxophonist and clarinetist John Burgess lead a quintet playing the music of W.C. Handy and Spencer Williams. This would  have been a gig I’d previously run a mile from: early New Orleans jazz is way out of my normal listening. (And Handy was from Alabama, via Memphis, Shi that’s probably wrong of me anyway.) But that’s actually why I thought I’d give it a go: it’d be different, and even if I didn’t enjoy, I’d learn something.

I think if it had just been a random selection if New Orleans numbers, I probably wouldn’t have bothered going, but the idea of listening to music by specific, early jazz composers hooked me. And frankly it had to be better than the football. (Indeed it was.)

I was slightly more familiar with Handy, but I hadn’t heard of Spencer Williams before, whose music featured in the first set. It turned out I had actually heard his music, though. He wrote Basin Street Blues and Royal Garden Blues, both long term jazz standards. I’ve got versions of both of them by Ellington, for instance. Other numbers were familiar, too.

W.C. Handy is possibly best known for the classic St Louis Blues – also recorded by Ellington (and many others); the version I know best is Gil Evans’ arrangement on New Bottle, Old Wine, though Evans didn’t change much – a lot of the Gershwin-like touches are there in early versions of the tune, too. Burgess opened the second set with this, maybe to get the hit out of the way early. Handy wrote many other standards. Burgess played several of them – Memphis Blues, Beale Street Blues, Ole Miss Rag.

It would be wrong to call the music authentic: it was made by modern musicians on modern instruments for modern ears, and long long way from Memphis and New Orleans. But it seemed to be played without taking too many liberties. And it was very enjoyable.

What I kept thinking about was the age of this music. All the tunes the band played were originally written around one hundred years ago. That’s not very long in the scheme of things. Jazz has changed immeasurably – gone of in all sorts of directions. But the music Burgess played was definitely, recognisably jazz. It’s like it’s come a long way in a short time, but at the same time hasn’t changed much either.

Trio Red played an intimate gig in Edinburgh last month. With Calum Gourlay depping on bass for an absent Per Zanussi, they played many of the tracks from their new album Lucid Dreamers (which I reviewed for LondonJazz, and liked a lot) as well numbers from their first CD. The music is full of humour, and this comes out live. Tom Bancroft is full of stories and provided the context for the songs and their often surreal titles, and this feeds into their music. They expand the tunes more than they do on the CD, letting things go further. A really fun gig. 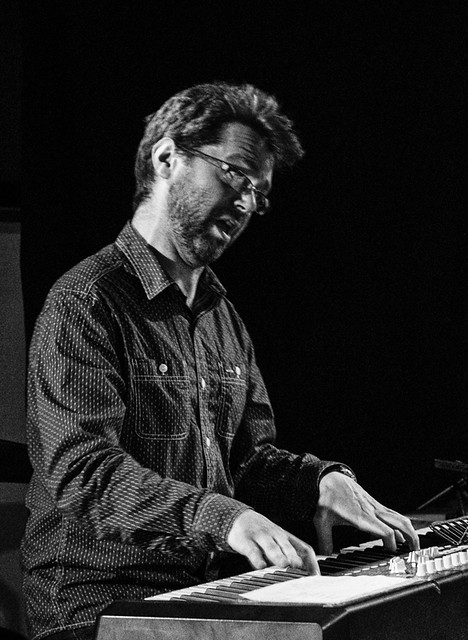 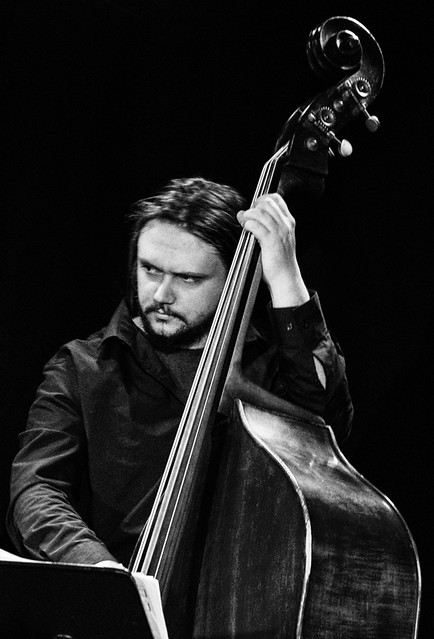 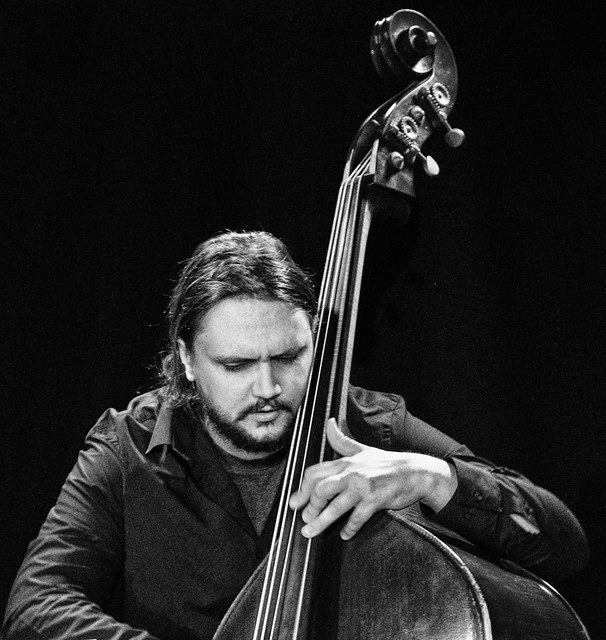 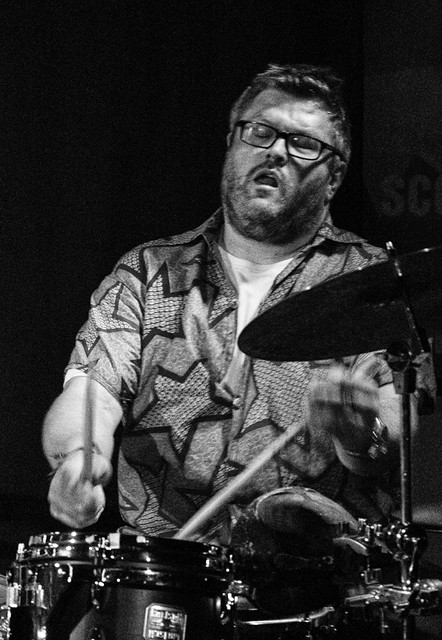 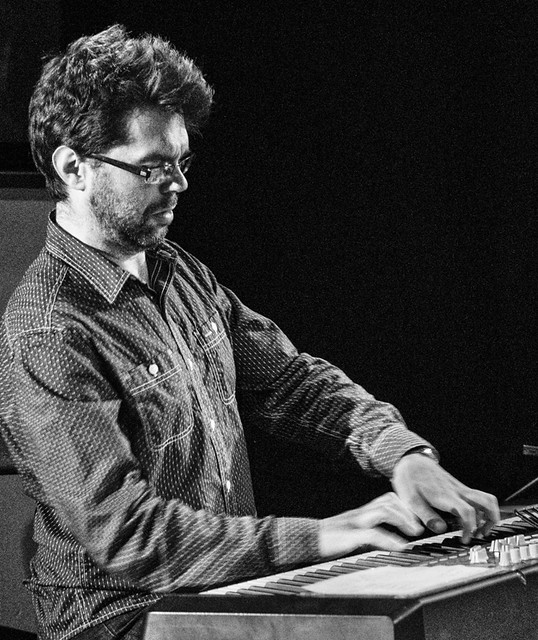 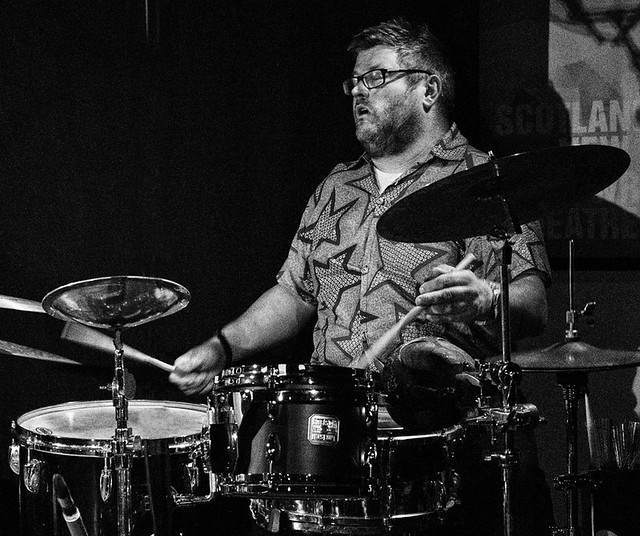