I was lucky enough to be in London when Louis Moholo-Moholo brought his quartet to the Vortex. It was a phenomenal gig (I reviewed it for London Jazz News) maybe my gig of the year – and I took several photos. 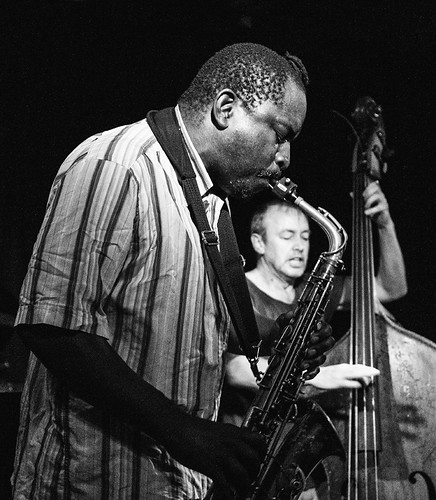 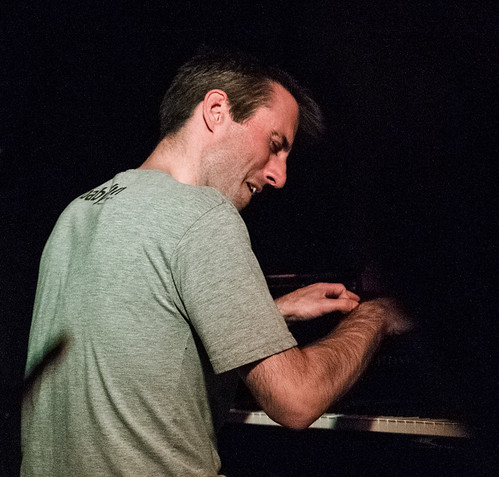 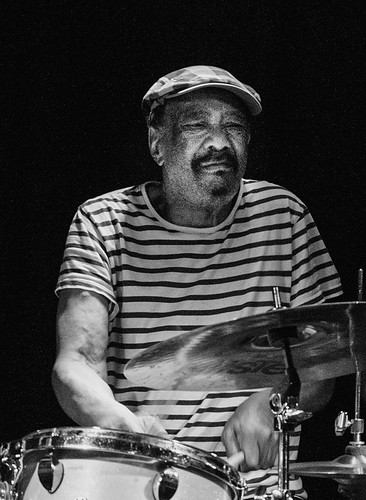 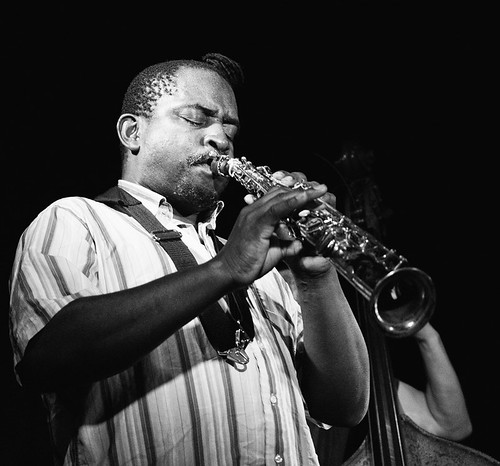 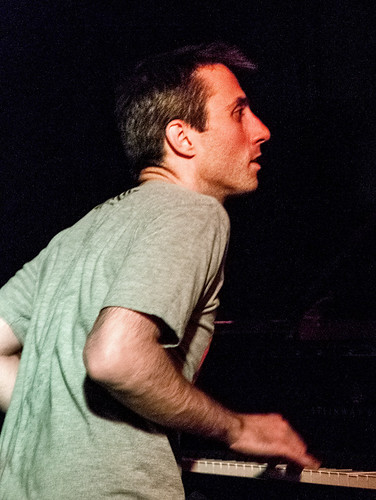 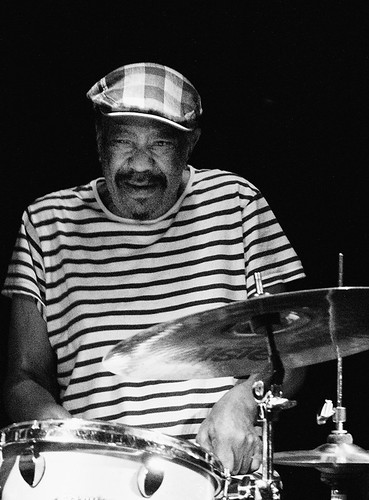 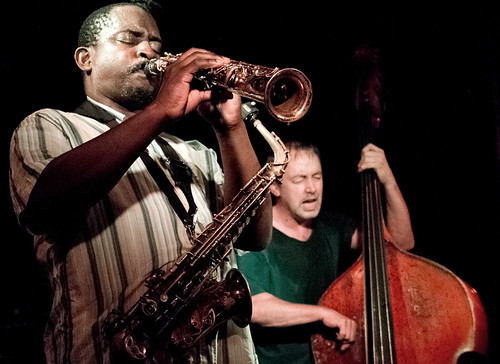 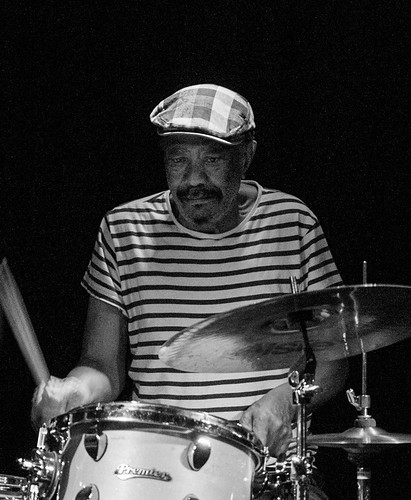 Back in June, Phil Bancroft brought his tenor to Playtime for an evening dedicated to the music of Sonny Rollins. Phil spoke about Rollins’ influence – particularly how, when he was finding his voice, he wanted to sound like Coltrane but reckoned he sounded like Rollins; and that that was probably a good place to be.

I’ve been consciously listening to Rollins’ music for decades – I remember buying the Blue Note reissues of Rollins’ A Night at the Village Vanguard and the two eponymous albums in the mid 1980s – and I’ve seen him live a couple of times, though not for the last twenty years. His music has never made the impact that Coltrane’s does. And it is fascinating that fifty years after Coltrane’s death, the two are still being compared. It is probably an unfair comparison, but the two are so influential that perhaps it is only to be expected. Whilst I can describe Coltrane’s style, I’m not sure I can describe Rollins’: softer, more repetitive and rhythmic, perhaps. 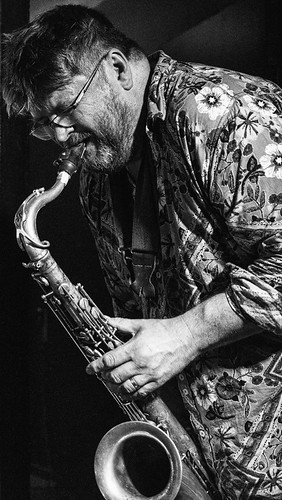 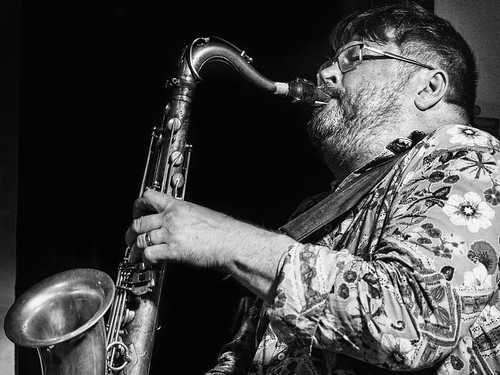 But I do know many of his tunes, and it was great to hear Bancroft play them. Several favourites weren’t played – no St Thomas (though Bancroft did play a calypso he’d written when jamming with musicians in Soweto), nor Alfie, nor Sonnymoon For Two. Indeed, it is strange that I can remember what wasn’t played better than what was! 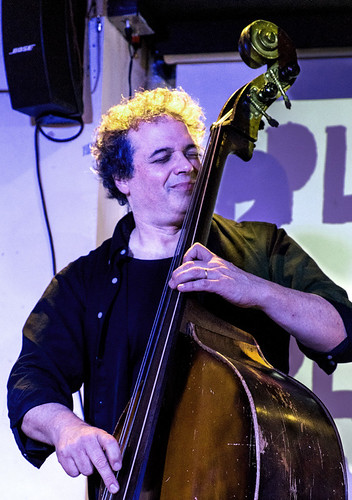 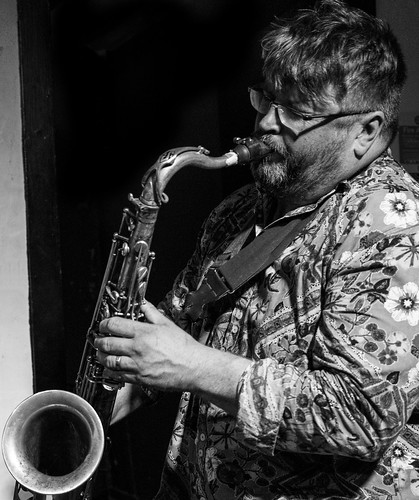 The highlight I do remember: it was a roaring version of Rollins’ Freedom Suite, all twenty minutes of it, and it was brilliant: completely absorbing. Not necessarily easy music – it can be jarring (so maybe not much softer!) – but hugely rewarding.