Tommy Smith had a busy January: a duo gig with Brian Kellock (broadcast on Radio 3’s Jazz Line Up), a string of sell out shows with the SNJO at Ronnie Scott’s, and Judy a couple of days later, he brought his quartet back to Edinburgh to play music from their album, “Embodying the Light”. They’d played a gig last July based on the same repertoire – an exciting, storming show that was one of the best concerts I saw last year. Which meant this show had a lot to live up to.

The first set didn’t quite make it: good though it was (and it was), it lacked the punch of last year’s gig. That was partly because in contrast to July’s sell out show, the much larger Queen’s Hall was only half full, and the acoustics weren’t as good. The quartet were playing without amplification, and at times Calum Gourlay’s bass was drowned out. (They were recording the show for video, and the instruments were miked for that, but they weren’t using the PA system.) 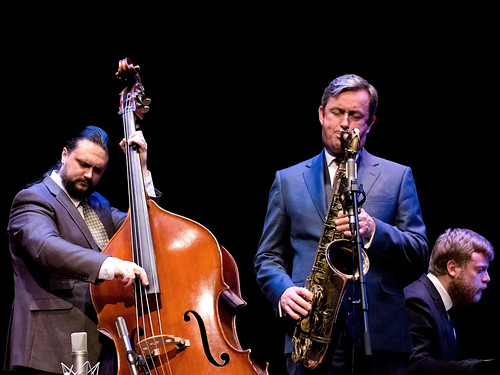 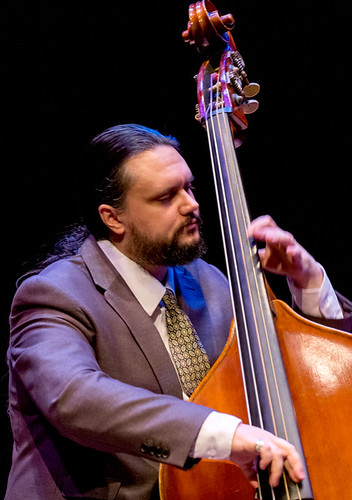 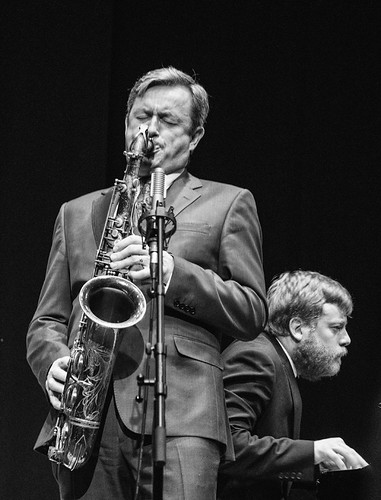 The second half was something else, though: I don’t know if the band had warmed up a bit, or the audience had warmed up, or may it was only me who had warmed up – but it felt like they had gone up a gear. In part it might be that they made more space – Smith played a solo piece early in the second set, using the piano as a resonator, which provided a change of dynamics.

The band were superlative. Sebastiaan de Krom played an amazing drum solo in the second half, and seemed to get better and better as the show continued. Pete Johnstone on piano was inspired and inspiring; he listens very attentively, even when he’s not playing – the look on his face showed how exciting he finds this band, and he creates genuinely exciting music as a result. And Calum Gourlay’s bass playing hits the mark. 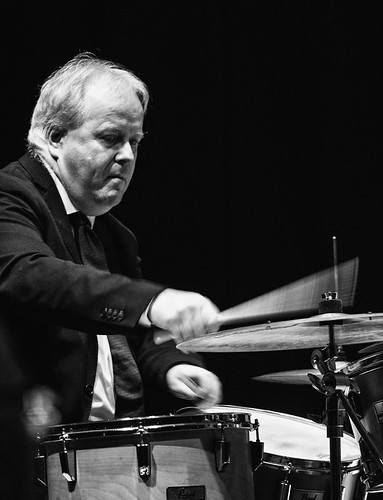 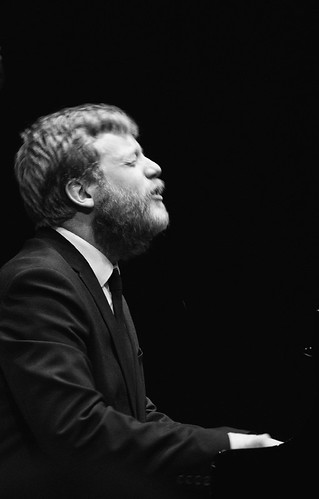 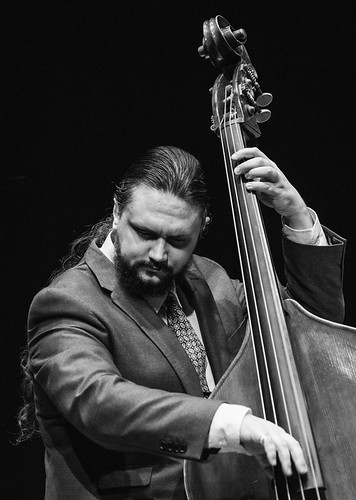 After each solo from the side-men, I thought “that’s the real star of the show!”, each one bettering the previous. And them Tommy Smith would play, and put them a little in the shade: push them further, and they pushed him. Collaborative rather than competitive, it resulted in a truly exiting evening of jazz. 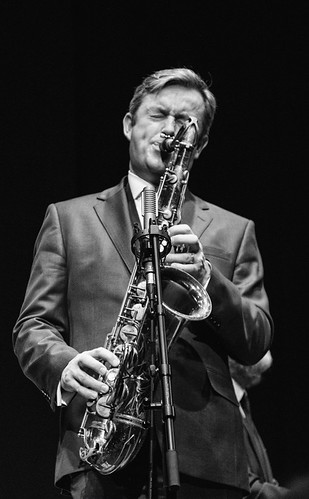 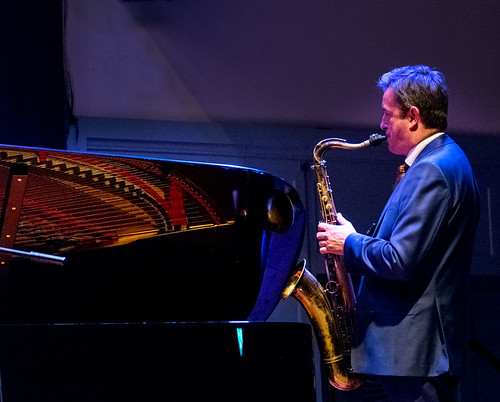 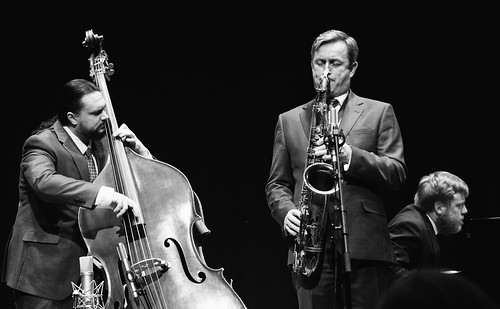 It is now several weeks since the SNJO premiered Tommy Smith’s new piece at three concerts across Scotland over the weekend before Christmas, each in a large cathedral. But I’m still trying to work out what I thought of it; it certainly made me think, and keeps returning to my thoughts. At this distance, and on only one hearing, the specifics may be lost but the impression remains.

At over two hours, Spirit of Light is a major undertaking for jazz orchestra – augmented by several guests – and choir. As guest vocalist Kurt Elling said as he introduced the piece, it is a challenging work. Smith’s accomplishment must be applauded: his ambition and vision to create the piece are remarkable.

The music fell somewhere between jazz and classical: the choir – Capella Nova – and Elling were singing fixed words, their vocal lines written; but elsewhere there was ample space for improvisation. Smith’s own playing was superb (he seems to get better and better – and he started off pretty good). The trumpets and trombones were also given their chance to shine.

But the writing also seemed to constrain the jazz side of the project: they were rarely let off the leash. On the few occasions they were able to let rip and swing – and with the rhythm section of Calum Gourlay and Alyn Cosker setting the pace, they certainly know how to swing – but then they were quickly brought to heel. Knowing what the SNJO can do, they seemed underutilised. 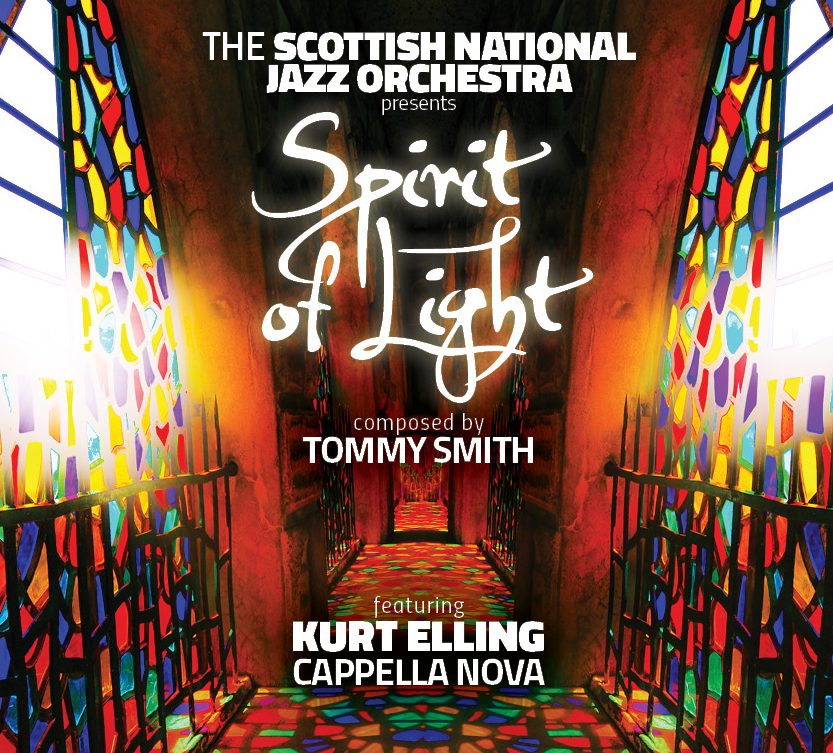 Elling explained that the pieces were being played slowly so that we could hear the words. For me, the words took presence over the music: it was almost too wordy. The music felt like it was written to fit the words, rather than the words being cut to flow together with the music. It meant the pieces didn’t feel like songs, but poems accompanied by music – which is what they were. But those poems which had a more song-like structure, such as Robert Frost’s Stopping by Woods on a Snowy Evening, worked much better for me. There were several poems by Rainer Maria Rilke which didn’t necessarily scan well: it seemed like musical lines were extended to fit Rilke’s text, which must have made them hard for Elling to sing.

I’ve been impressed by Smith’s writing for classical orchestra in the past – I really liked Modern Jacobite which he composed for the BBC Scottish Symphony Orchestra – and it was interesting to hear him incorporating classical instrumentation into Spirit of Light. The inclusion of harp and his writing for percussion both worked well.

There was a certain theatricality to the show. Smith entered St Mary’s Episcopal Cathedral slowly processing down the nave, blowing a heartfelt, Coltranesque solo whilst the choir entered with him through the aisles. The cathedral was dramatically lit (Smith thanked the lighting designers from Black Light), making much of the space, and the sound took advantage of the space too.

But it was also fiercely cold. A cathedral in Scotland, in winter? Who’d have guessed? Well me, frankly, glad that I had worn an extra fleece layer. Still, after over two hours I was still feeling the chill. I had expected the new piece might fill the first half, giving the second over to more typical Christmas jazz fare – the SNJO have played several Christmas concerts in the past.

Filing the whole concert with new music may have reduced its appreciation, and taking it slowly – giving priority to the words rather than the music – made it at times ponderous and heavy: it felt neither bright or light to me.

For some in the audience, it was too much: several people left in the interval. Of those that stayed, a very many of them loved it: they gave Smith and the orchestra a standing ovation. A friend who was at the same show as me described how she felt immersed in the sound.

I felt more ambivalent: whilst there were several sections I thought were great and there was much to admire, I didn’t think it worked as a whole. But it has clearly stayed with me, demanding further consideration.