I was a little dubious about Trio HLK with Dame Evelyn Glennie. It’s the second time I’ve seen Evelyn Glennie in a jazz setting – she was in Celtic Connections with Trilok Gurtu last year. It’s also the second time I’ve seen Trio HLK: last time was in a room above a pub in Edinburgh, and I wasn’t very impressed; they left me a bit cold. This time, in a much larger hall (the seats went up to KK) – and I was very impressed indeed. Still quirky and clever clever, this was music for the head, but maybe I understood what they were trying to do a bit better.

They were playing standards. Well that’s what they said: their new album (also with Evelyn Glennie) is ironically called “Standard Time”. These standards were anything but: I recognised The Way You Look Tonight, although it was deconstructed and put back together resembling Frankenstein’s monster. Green in Blue and Anthropology were unrecognisable.

The musicianship was amazing, full of jumpy rhythms and abstracted tunes. Evelyn Glennie did a solo spot on an almost-hang drum (she described it as a hang drum’s cousin) and she said after so many complex rhythms she was just going to play 4/4 for a change.

She was excellent, playing all sorts of percussion (much of it hidden behind the vibraphone and marimba which occupied the front of the stage). She even played kit drums at one point, in a thrilling duet with Richard Kass, the K of HLK.

(They’re playing in Edinburgh in May – definitely one to catch!)

It had been several years since I had seen Arun Ghosh play live, and the prospect was one of several things that drew me to Bristol Jazz Festival. His records are very good – his latest, Where Are You Really From, reflects on post-referendum politics (at least, that’s what I thought!) – but it’s in concert that his music really comes alive. 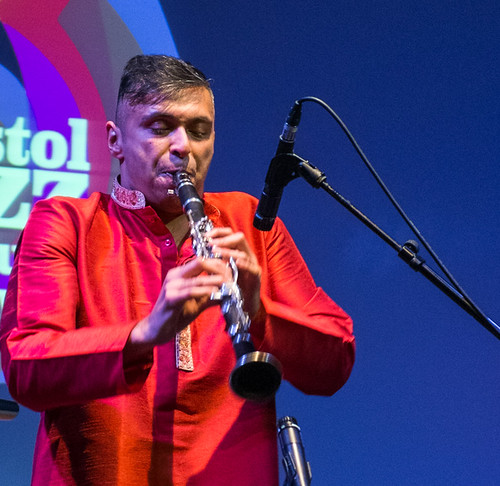 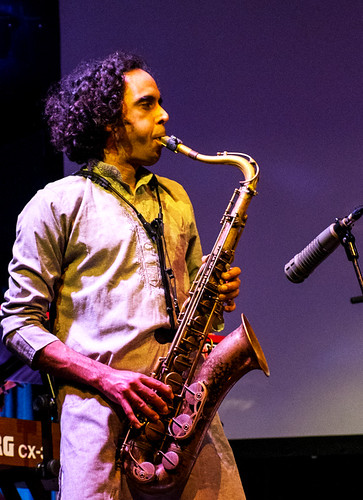 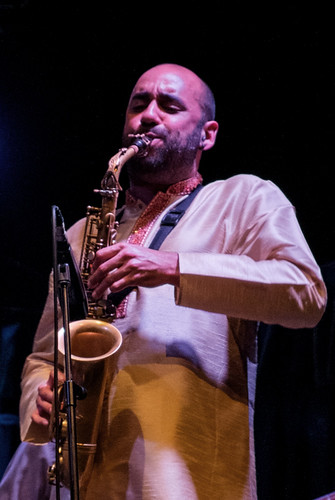 Playing tunes from the album, his music was exciting, exuberant and optimistic. Taking elements from jazz, rock and a variety of ethnic musics – jazz-bhangra-reggae-dub, anyone? – he fuses something that could only come out of an multi-ethnic society. If ever there was an advert for multiculturism, this was it. 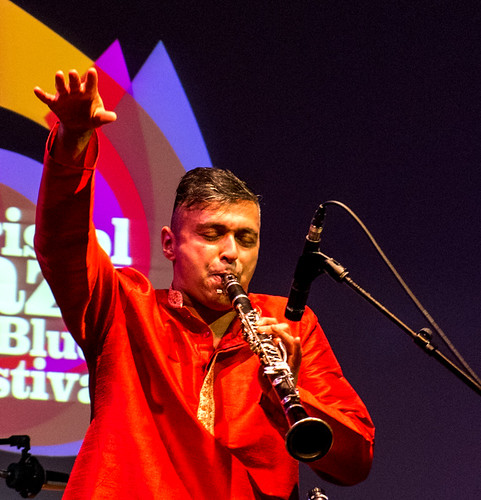 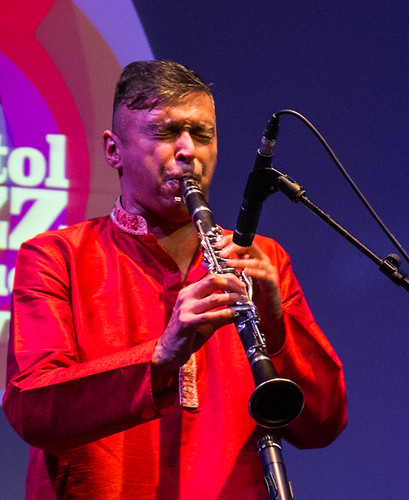 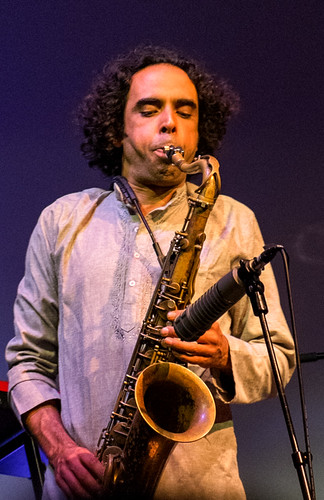 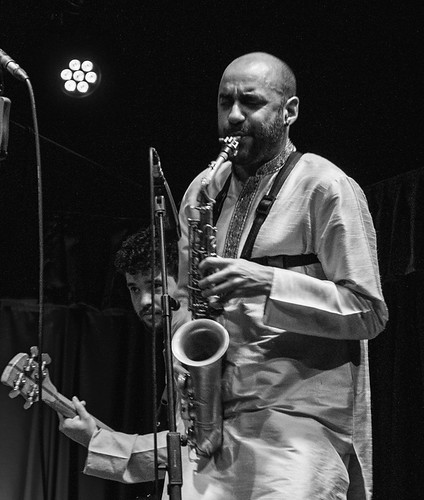 His enthusiasm is hugely contagious: moving around the stage, he made the audience want to get up too. At its core, this is dance music: it takes a lot to make me want to dance, but sitting in the middle of a row, I felt constrained by the seated venue. There wasn’t space to dance: I wanted to get up and jump around! 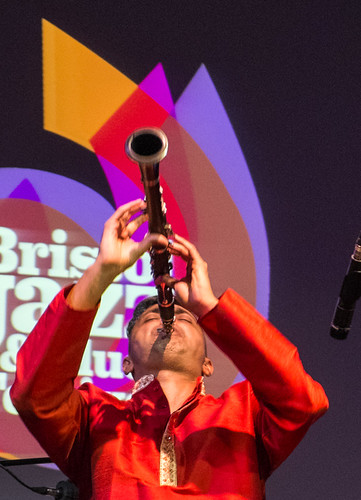 Between mid December and the end of February, I saw Tommy Smith play in four – well perhaps three and a half – settings. I’ve seen Smith play many many times over the last thirty or more years, but four gigs in little over two months seems a bit excessive even for me.

The first was his huge work Spirit of Light, a composition for jazz orchestra and choir, which I’m still trying to get my head around; then his quartet tribute to John Coltrane, a completely different affair. Next a solo gig on a very wet night, not as immediately exciting as his Coltrane show as he settled into a more ethereal, contemplative mood, but rewarding nonetheless.

And lastly, another SNJO gig: jazz arrangements of Prokoviev’s Peter and the Wolf and Saint Saën’s Carnival of the Animals. Where the orchestra had been a bit muted in the December show, here they were at full power. And they swung.

Smith’s arrangement of Peter and the Wolf opened the show. And frankly he did an excellent job: the music was full of depth, with a sprinkling of Ellingtonian flourishes. Smith’s writing continues to impress: he knows this orchestra, and how to get the best from it.

The one downside was that, as with Spirit of Light, the words took a precedence, determining the structure and reigning back the band at times. However this cloud had a lining – not so much a silver lining as a whole treasury of jewels. What words! The text had been reworked by Liz Lochead and narrated by Tam Dean Burn. Lochead rendered the text into (I think) Scots, and it was delivered with passion and humour. It took a little while to ease into the dialect, but then it just flowed. Hugely entertaining.

The special guest for the evening was pianist Makoto Ozone, and he had reworked the Carnival of the Animals. This was, if anything, even more successful the Smith’s adaptation of the Prokoviev. Ozone has worked with the SNJO before (they released a record of Mozart’s Jeunehomme (piano concerto 9), arranged and featuring Ozone) and he clearly knows the orchestra well: his arrangement was full of wit and allowed the band freedom to stretch out.

His playing in both pieces was excellent. As well as being an accomplished classical performer, he has played in Gary Burton’s sextet (with Smith, I think) and has led his own jazz bands. He fitted perfectly within the SNJO.

Intrigued by the idea, I went along to a gig: jazz arrangements of Bowie songs, the singing by Becc Sanderson and the arrangements by trombonist Chris Greive. This was a bit of an outlier for me: I don’t normally go for singers. The vocal lines were played more or less straight; the arrangements came over the other instruments. 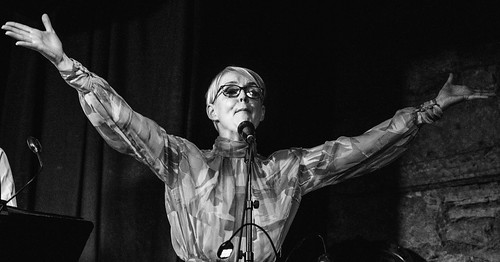 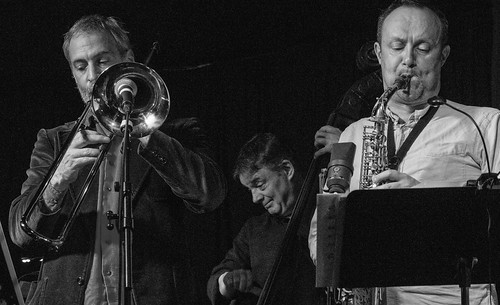 The first set was jazz standards, albeit standards that might not often get an airing – My Favourite Things with words rather than tenor, for instance. It was the second set that had the Bowie. And it was very fun – hugely enjoyable. Nothing too unexpected, a range of songs from the seventies and eighties. Space Oddity morphed into Ashes to Ashes; The Jean Genie and Time featured from Aladdin Sane (Sanderson stiffling a laugh at the frank language); a suitably lively Let’s Dance. Changes was an instrumental. 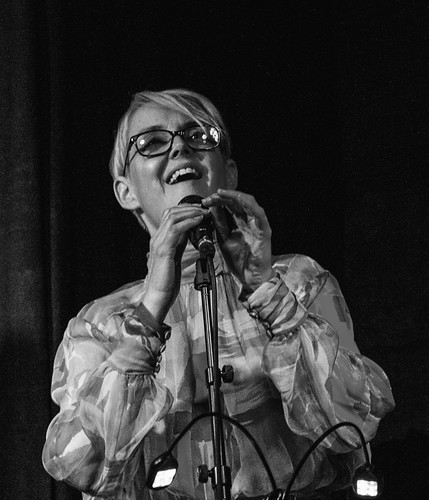 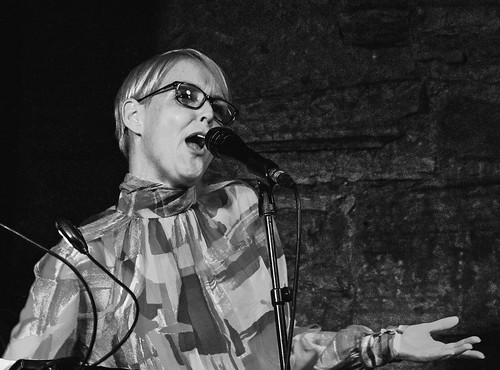 Sanderson has a good voice, well matched to the (mostly) familiar songs. The arrangements didn’t mess around with the songs too much – a slight change to the phrasing, a nudge to the rhythm; and lots of space for the band to stretch out.

The band reminded me once again at how much talent there is in Scotland. On drums was Tom Gordon, who I haven’t seen over here for ages (he based in Glasgow, I think). The pianist was Steve Hamilton, who was superb – there were moments where he changed the mood of a song with some subtlely placed chords. And Greive and Martin Kershaw made a fine front line. 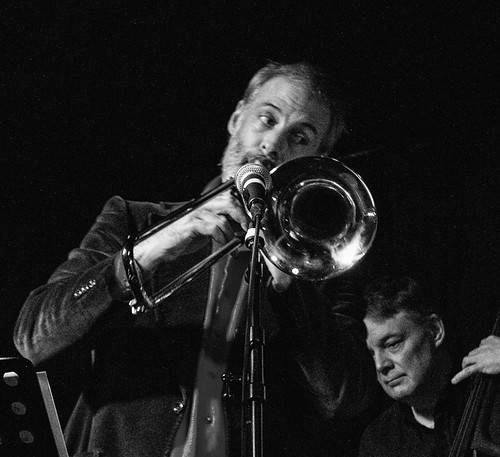 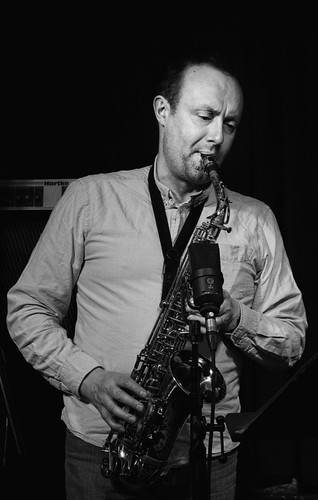 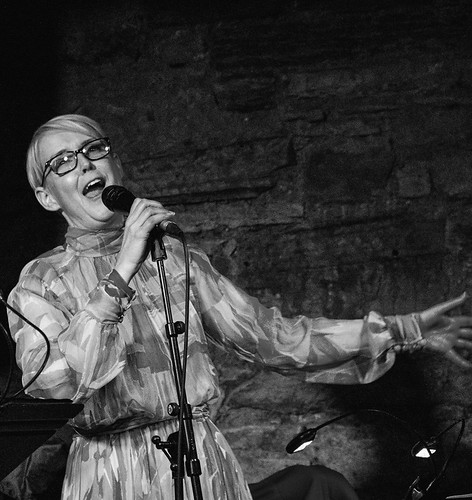 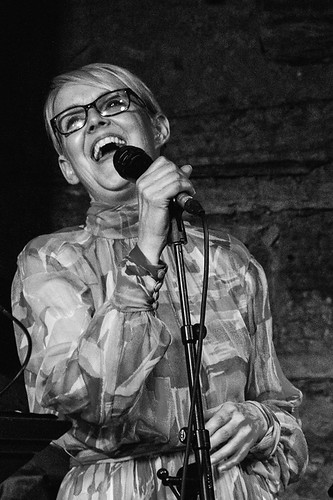