I was lucky enough to have a close look at Henri Matisse’s collection of prints “Jazz” recently. I’ve seen prints from it before – they’re well known images – and when the opportunity was provided by the Scottish National Gallery of Modern Art to look at their copy, I took it.

The images from Jazz were made late in Matisse’s life, after illness had stopped him painting and he’d started making his highly coloured cut outs and collages.

Seeing the printed up close was startling: the vivacity of the colours and the energy present in still representations of movement were impressive. Matisse was very particular about the colours and moaned at length about it to the publisher.

Learning the context of the prints was interesting too: images that I had thought abstract were representational. The collection started off as being about the circus, but the current broadened out. (Jazz refers to the vibrancy and liveliness of the images; none are about jazz.) The leaf-forms used by Matisse in a lot of his cut outs stood in many objects – faces, hands, bodies, waves – as well as leaves. 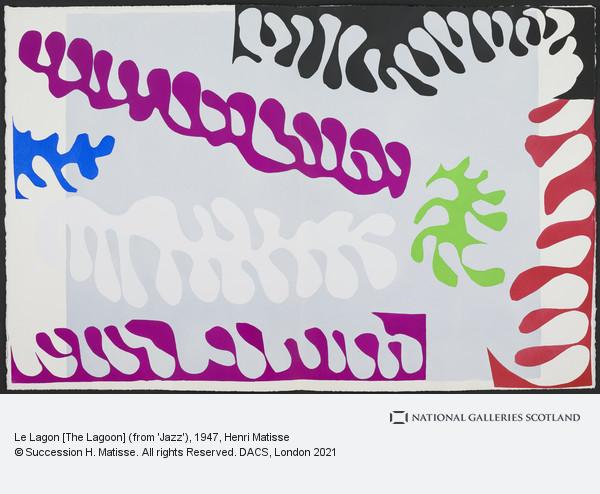 Matisse apparently said that there were no hidden depths or interpretations of the prints: what you saw is what you got. The thing is, I saw all sorts of things. The images were created at the end of and just after the war (the book was published in 1947), and he had been estranged from his family, sound of whom had joined the French resistance and suffered at the hands of the gestapo. Many of the pictures seemed to be open to interpretation: the curator said that three sword swallower was clearly simply that, but I saw a screaming mouth, reminiscent of the horse in Picasso’s Guernica. 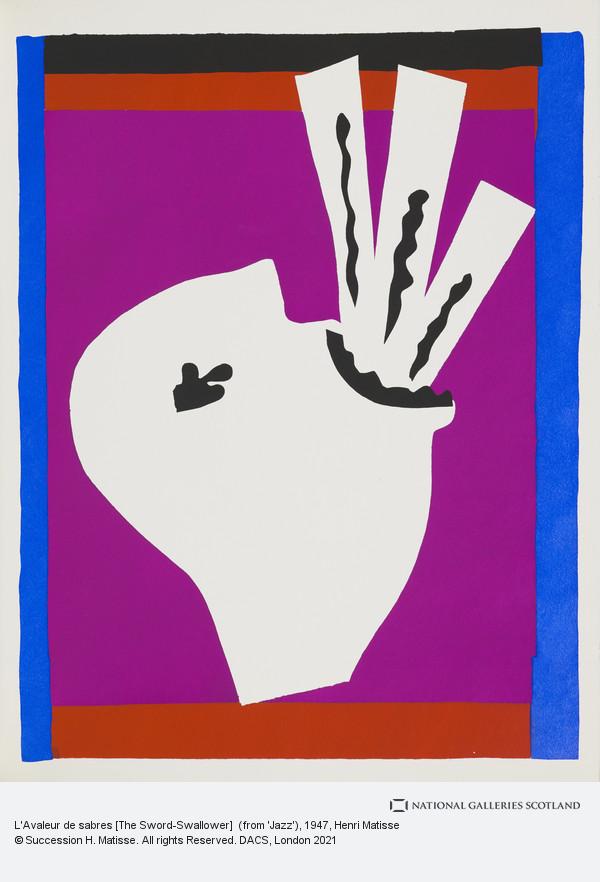 The red on the chest of Icarus plummeting to the ground may be his heart; but maybe it’s a bullet wound instead. Or both. 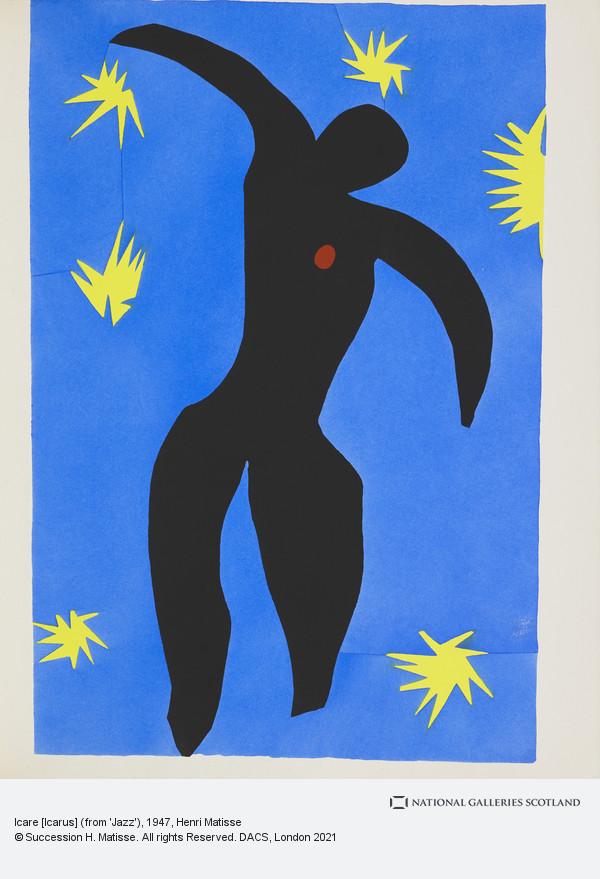 My own experience was reflected in my interpretation, too. After a week of looking at Renaissance art in Florence, the first thing I saw when I looked at Destiny was the silhouette of the Madonna and child. 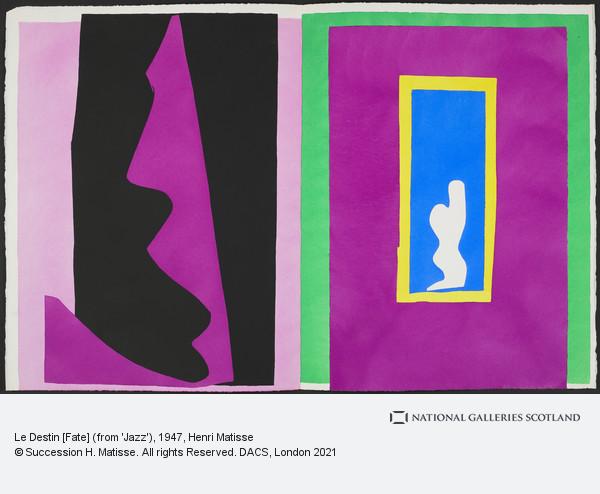