There have been several excellent CDs by Scottish bands recently. And they’re up for the Scottish Jazz Awards. So I thought I’d try to gather my thoughts about three of them.

Starting with the most familiar first…

It’s less than a year since I first heard Strata, almost by mistake; they blew me away with their passion and intensity, as well as their tremendous musicianship. I have seen them several times since.

Obelisk came out in February, and I picked up a copy as soon asI could, keen to see how it matched up to their live shows. It feels less intense, which is probably a good thing – there’s only so much intensity one can take at home. The same mixture of (to my ears) jazz, prog rock, Reichian minimalism and touches of folk music are all there, of course, and some passionate solos from Liam Shorthall, Harry Weir, Joe Williamson and Fergus McCreadie. (It was a curiosity about what Fergus McCreadie was up to outside his trio that lead me to Strata in the first place.)

I’m still rather awestruck by how talented these young musicians are. They all play in a plethora of bands, part of Scotland’s flourishing is scene. Graham Costello wrote all the music on Obelisk, which would be an achievement in itself. That he is a pretty phenomenal drummer just adds another dimension.

But it is also very much a group: they all contribute something as the music twists one way and another. They seem at ease hopping from one genre-sound to another, and the whole seems pretty complete.

(Graham Costello’s Strata regularly play in Glasgow, and they have a couple of gigs coming up in the Edinburgh Jazz Festival in July – their show with a string quartet sounds particularly interesting.)

I only got this a couple of weeks ago, and I have listened to it many times since then. Tom seems to specialise in putting together slightly wacky, unusual line ups: this one features some of his regular collaborators tohether with musicians from India. He was recently bemused by some reviewers’ take on what bands had influenced the record, so I’ll have to choose my words carefully.

What I hear are jazz and Indian music, with a large helping of Celtic folk influences. This band played at Celtic Connections (I missed the gig), and whilst I’m somewhat surprised at what gets badged “celtic”, here it is entirely warranted. The three elements are combined, and something energetic and new results. 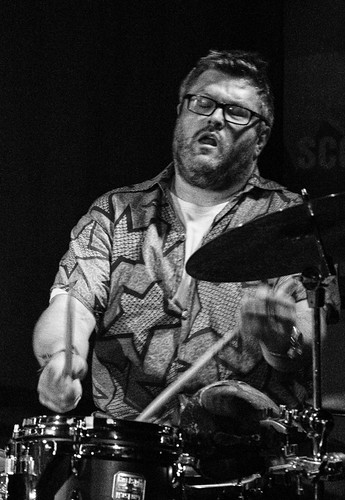 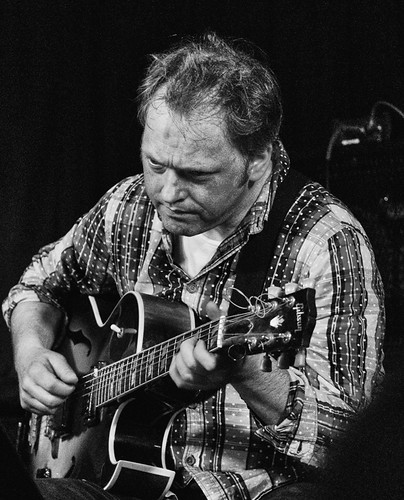 The Celtic side comes from Tom himself – he plays bodhran on several tracks – from the three singers’ intonation, and from some of Graeme Stephen’s guitar playing. Graeme wrote some of the pieces, too. The use of loops and effects creates some magical moments. The title track is pretty fab, all the elements coming together – the three singers (Gina Rae, Sophie Bancroft and Inge Thomson – I’ll admit I’m not sure who’s singing which line) bring Celtic passion, Bancroft and Stephen rumbling jazz improvisation, and the Indian musicians top it off. Written down, it sounds like it shouldn’t work, but it really does.

The two Indian musicians – playing percussion and violin – are as at home in the western styles as their own. Sharat Chandra Srivastava’s violin works really well; Gyan Singh’s tabla bring another dimension to Bancroft’s already eclectic percussion. The aptly named “Bodhran and Tabla” features the two with drone, exchanging phrases till it is hard to tell which is which; “Drums and Tabla” (guess the instruments featured on that?!) has Bancroft laying down some rockish rhythms together with the tabla (or perhaps it’s the other way around!).

Something else about this record is what it says about Scotland. Rooted in a variety of cultures, exploring others and creating something new. It says so much.

(Tom Bancroft is bringing his new new project, Africa Groove Machine to the Edinburgh Jazz Festival, too! It features some great musicians, including Claude Deppa, who I haven’t seen play in an age.)

This trio record seems so simple in comparison to In Common and Strata: but no less effective. Together with Mario Caribe and Alyn Cosker, Kevin Mackenzie has made an optimistic, cheerful record. It has the same feeling as Marc Johnson’s “The Sound of Summer Running”. There are times when Mackenzie is reminiscent of both Bill Frisell and John Scofield in their quieter moments. 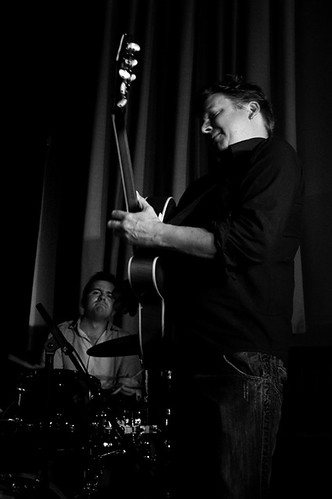 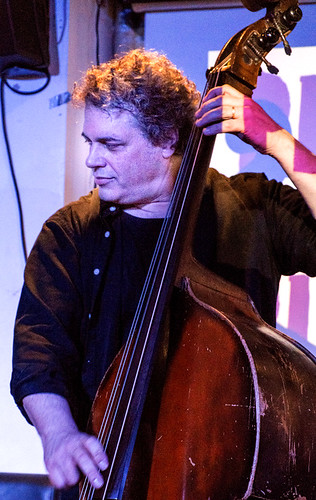 Caribe and Cosker are excellent, though that’s not news. There’s a real warmth to Mario’s bass playing – he has some lovely solos. Cosker is probably at his best in a small, acoustic group like this; there’s a swinging clarity to good playing. (And top marks to the engineer – all the instruments sound great, but Cosker’s drum sound is superlative.)

It is hard to know what more to say, other than that this is a really lovely record!

(Suffice to say, the Kevin Mackenzie Trio – with Alyn Cosker and Mario Caribe – are also playing at the the Edinburgh Jazz Festival. Which is just as well, because, listening to this record again, I was thinking how much I’d like to see them play live.)

I was going to limit my thoughts to the three records but one of my favourite records from last year is also in the running for the award, and it seems remiss to miss it off…

Fergus has already featured as part of Strata: here he is with his regular trio, playing jazz-folk fusion. And bringing the best of both worlds to the party. Fergus is a versatile and eclectic player – as at home bending folk tunes with Stephen Henderson and David Bowden as he is in the complex intensity of Strata. 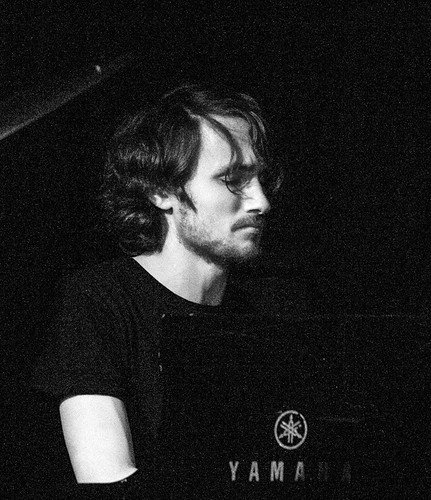 The trio develop a different kind of intensity: a west coast lament, a Scottish air. The titles reflect Scotland – “Ardbeg”, “Hillfoot Glen”, “Mull”, “The Culearn Mill”. There is a real sense of place. There are passages of meditative calm and passages of romantic flair. Another lovely record – considering that this is his debut CD, it really does bode well.

(What do you know! The Fergus McCreadie Trio are ALSO playing at the Edinburgh Jazz Festival! Though I’ve seen the band several times in the last few months, so I’m hoping to catch Fergus McCreadie and Tommy Smith playing in a duo – they played a short set in Islay last year, and it sounded great!)