Three days at the London Jazz Festival. Three gigs a day plus talks and other stuff. An intense weekend of jazz… When I lived in London, I was much more measured in my approach to LJF, but cramming it in like I did this year makes it a different experience – and it means I heard some wonderful music I would otherwise has missed.

My first performance was a project in improvisation with three schools and a trio of Corey Mwamba, Dave Kane, and Joshua Blackmore. Each musician worked with pupils from one school to create improvised music, and then played a trio set before leading everyone in a short improvised piece. I was there because I like Mwamba’s playing; but I was energised by the music the school pupils made. Intrinsically simple, but it really worked.

Back at the Queen Elizabeth Hall – jazz festival central – I saw a packed out set by Peter Edwards trio. It was a lively, assured performance. I love Edwards’ playing. Mostly originals, with a couple of standards like Monk’s I Mean You, the trio highlighted tracks from their new CD.

Over to Hammersmith for Way Out West. I was expecting a big band with lots of familiar names I hasn’t seen in a while. What I got were lots of people playing in a very large variety of ensembles in all sorts of combinations. The first half consisted of small and medium sized combos, from Kate Williams trio up to a nine piece. Williams had young bass player Flo Moore, who really impressed, and was joined by Nettie Robinson on vocals. Emily Saunders also sang, her wordless vocalese more akin to a solo horn than singing the standards. More interesting, too. (She proved she could sing words too when she sang Happy Birthday to one of the audience in the break!) 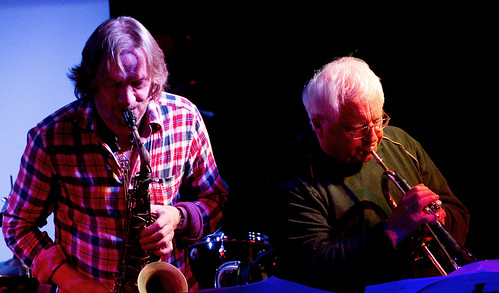 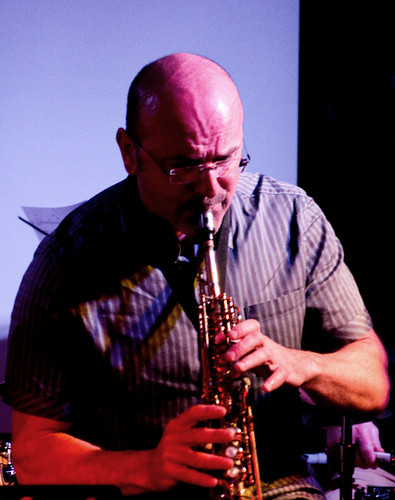 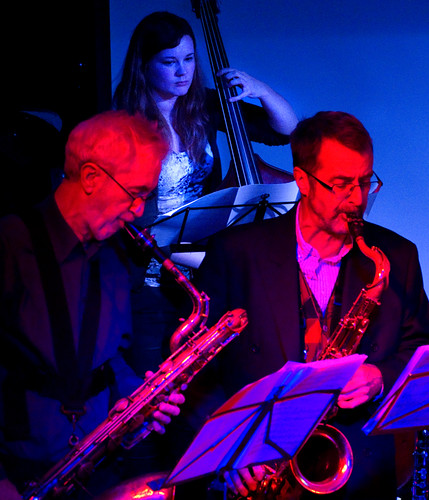 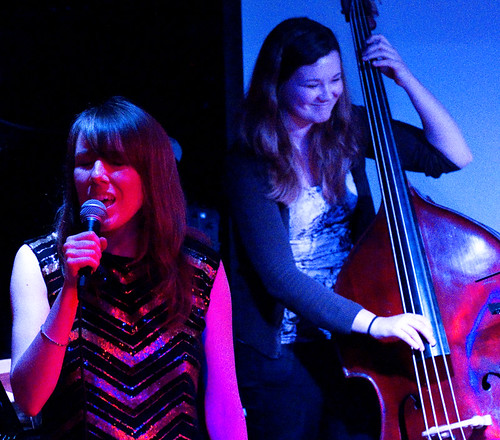 The second half was almost entirely given over to Tim Whitehead’s Turner project, consisting of tunes that Whitehead had improvised at the sites of Turner’s paintings on the Thames in west London, which Whitehead had then expanded into full scale compositions. He started off with a quartet, but it proved to be an expanding band, players joining (and leaving – some had other gigs to go to!) throughout the set – I think it finished up as a twelve piece, bit I wasn’t counting. This was great music, lively, fun and exciting. Jonathon Gee was on piano, and Whitehead was joined by several horn players – the great Chris Biscoe on baritone, Henry Lowther excellent on trumpet, and Matt Waites, Pete Hurt and Jimmy Hastings on a variety of saxes. This was a wonderful evening of uplifting music, which finished off with just about everyone on stage jamming to a standard as an encore. 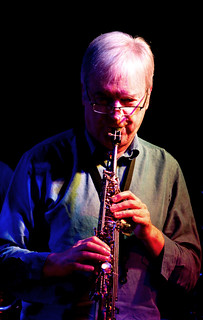 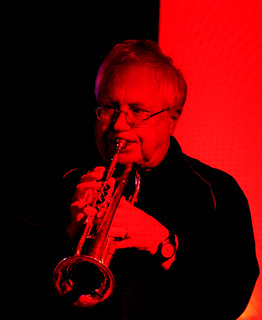 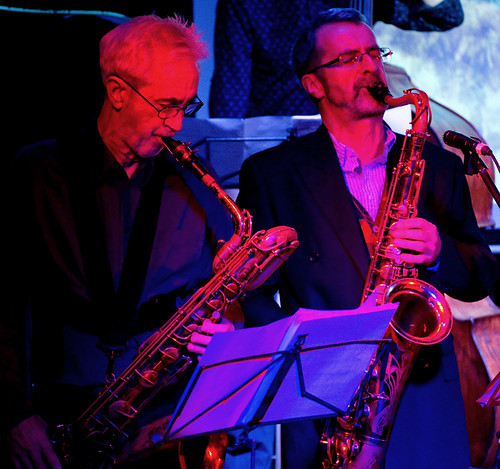 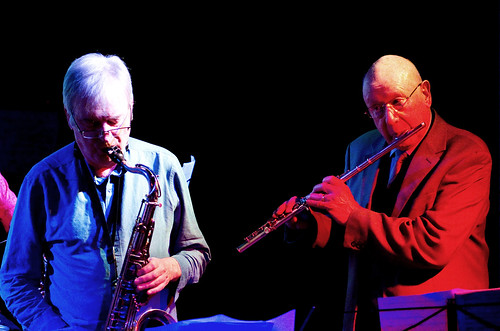 The next day’s jazz started with an afternoon set by the Dedication Orchestra. Playing the music of Chris McGregor’s Brotherhood of Breath and the Blue Notes, this was the gig that had actually got me down to London to are them: they don’t play often, and frankly they are not to be missed.

A star studded line up with sins of the best of British jazz (including a couple from the previous night’s gig) and headed by an ever ebullient Louis Moholo-Moholo, the only surviving member of the Blue Notes, they played a joyous set of arrangements familiar to fans of the Brotherhood of Breath, together with some new arrangements commissioned from Alexander Hawkins.

Personally, the band could do little wrong: I was bound to enjoy this no matter what, and I did. My only quibble would be that the music seemed so heavily arranged, lacking the spark of anarchy that seems to linger so close to the surface when listening to recordings of the Brotherhood of Breath, a spontaneity McGregor apparently worked hard to maintain. But that’s a minor gripe: I loved this set. It just made me smile.

This was followed by a discussion of music and influences by clarinetist Arun Ghosh and pianist Zoe Rahman. Over two afternoons, they sat and played some of their favorite tracks, and demonstrated how their own playing had been influenced. Despite a packed house, this felt really intimate: two people talking about music and what it meant to them. When they played, there was a real energy and excitement to their music. Really, really fun. More, please. 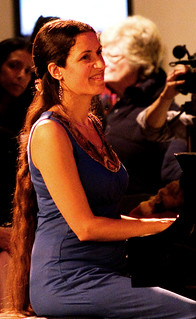 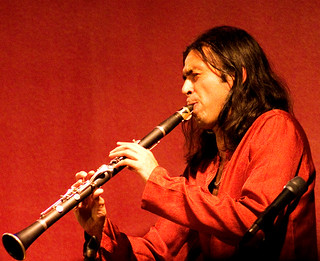 I then headed off to Kings Place to see John Surman and the Bergen Big Band, which I reviewed for the LondonJazzNews blog.

My plans for Sunday afternoon were changed at the last minute, and finding myself with a free afternoon I decided to check out Leo Appleyard, because I had his new CD. Only to find out his gig was sold out. Great for him, disappointing for me! Instead, I headed to the Spice of Life where I spent the afternoon drinking beer and listening to the very enjoyable London City Big Band.

Back to the South Bank for the second installment of Arun Ghosh and Zoe Rahman’s conversation about music, and then my LJF experience for 2014 finished off with a great gig, the Tori Freestone Trio – who were very good – followed by the Henri Texier Hope Quartet – who were astounding. I wrote about that for LondonJazzNews, too.